The Penguins of Madagascar | TeenInk

The Penguins of Madagascar

The Madagascar movie franchise has come out with so many movies it’s hard to keep track. However, their newest edition to their cinematic collection has been a long time in the making, and is certainly one of its best. The Penguins of Madagascar features the adventures of four loveable (and yet strangely soldierly) penguins who have appeared as supporting characters throughout the Madagascar trilogy, as well as the main characters of a spin-off series; sharing the same name of the movie, that aired on Cartoon Network. The Penguins of Madagascar is a hilarious piece of work, complete with an all-star voice cast and phenomenal animation, as well as a brilliantly developed, family-friendly plot line that will entertain both parents and kids alike.

The Penguins; Skipper; the assertive, general-like leader of their little group, Kowalski; the brains of the operation, Rico; their “demolitions expert” and Private; their loveably clueless yet underrated member embark on a dangerous spy mission to stop the nefarious Doctor Octavius Brine from exacting his revenge on penguin-kind and eliminating the cuteness from all penguins across the globe. On the chase they are intercepted by an organization called the North Wind, run by a wolf by the name of Agent Classified. Interestingly enough, both The Penguins and The North Wind are after Dr. Octavius. However, all hopes of the two teams collaborating are dashed, as the two team leaders; Skipper and Agent Classified, cannot seem to agree on anything. However, when a mission goes horribly awry and Private is captured by Doctor Octavius, the two must put aside their differences and work to rescue the young penguin.

The movie features an all-star cast, with Tom McGrath reprising his role as Skipper, Benedict Cumberbatch (of BBC’s Sherlock) voicing the character of Agent Classified, Ken Jeong voicing the adorable yet intimidating dynamite-weilding harp seal; Short Fuse, and John Malkovich as Dave; an octopus bent on the destruction of penguin-kind

The Penguins of Madagascar is like a witty, family-friendly version of your favorite James Bond movie. With all the action, fast-paced chase scenes, clever quips and daring escapes- only instead of a dashing, debonair, British agent you get a CGI-animated, cuddly yet puzzlingly intimidating penguin and his entourage. It is definitely a must-see for any family. 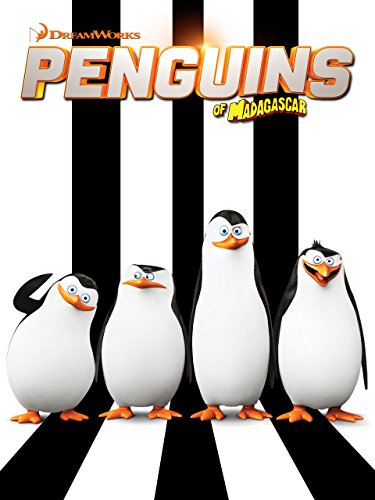