Sometimes, life is painfully mundane. The waves of routine swallow us in schedules and agendas, and no matter how hard we push for our freedom, our fingers only ever seem to scrape the surface. But every now and then, there's someone who breaks the chain. Someone who soars out of their structured prison and experiences a freedom not known to their white-collared colleagues. In the case of Fight Club's protagonist, known only as the Narrator, his freedom comes in the form of an anarchist soap salesman, a series of societal revelations, and of course, a sufficient number of punches.

While it may be an older film at this point, being released in 1999, the messages and themes prominent in Fight Club are still just as powerful and thought-provoking today. With a center on American consummerism, working class plights, and "The American Dream", the film tackles many modern issues in sardonic, yet still philosophical ways. In addition to this, Fight Club also delves into the psyche of the aforementioned Narrator, a nameless personification of the common American citizen who's slowly losing touch with his humanity. As the movie spirals onward, the Narrator encounters the engimatic Tyler Durden, a charming young salesman who opens the Narrator's eyes to the world around him. After becoming friends, the two decide to start a small circle of other socially-oppressed people, where they'll be able to free themselves in the most basic, primal way possible; fighting. And so begins the Narrator's descent into the chasms of both personal liberation and societal disdain.

While the undertones and messages strewn throughout Fight Club are driving factors for the film, the plot is certainly nothing to scoff at either. The experience of seeing the Narrator's metamorphosis from a humble, consolidated citizen to an icy, menacing anarchist is simply spectacular, and almost frighteningly realistic in its portrayal. At the same time, the relationship the Narrator cultivates with Tyler Durden, as well as a sleazy seductress named Marla Singer, is layered, intriguing, and intense, making for an amazing viewing experience. And of course, there's the now-infamous twist ending, which deliberately merits a second viewing of the film, if only to understand the gravity that the twist carries.

As if all of this wasn't enough, Fight Club is laced with stupendous acting (particularly on the parts of Edward Norton and Brad Pitt), spectacular dialogue, and a plethora of hidden details that only the most keen viewers will catch. Regardless of the twist ending, the film is more than worthy of multiple viewings, and will constantly have the audience on the edge of their seats, whether it's their first time watching or their tenth. In short, Fight Club is not only a movie. It's a window; a reflection of both society and yourself, perfectly transcending the barrier between philosophy and entertainment.

Fight Club is outstanding on all accounts. Every last bit of the film, from the complex and intricate story to the deep and layered themes it flaunts are simply amazing, and have yet to be matched by any movie since. Anyone can watch Fight Club, and anyone can find enjoyment and connection in it. Some viewers will identify with the Narrator, and his self-reflective attitude towards his personal beliefs. Others may find credence with Tyler Durden, and his explosive, yet enchanting personality. It's accessible, intriguing, and above all, a must-watch experience. And at the end of the film, when the credits role and the final scene clicks off, only one thought will remain in your mind; have I, myself, claimed my humanity? 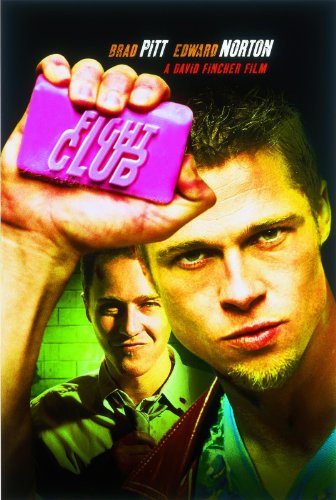