Favorite Quote:
"Thomas Edison's last words were: 'It's very beautiful over there.' I don't know where there is, but I believe it's somewhere, and I hope it's beautiful."
-John Green, Looking For Alaska

A strange, stunning, feverish film about the ever-blurring line between faith and insanity that just happens to base itself on one of the most well-known tales in the Old Testament. In line with the rest of Aronofsky’s work, “Noah” is a struggle with obsession. It has the look and feel of a Hollywood blockbuster in a number of its scenes, but at its core, it’s a film with literary ambitions and humanistic intentions. What’s the psychological price when one man believes himself “chosen” to watch the world die? What happens to the supposed word of an omnipotent creator when it finds its way into the hands of flawed men? When does morality trump faith, or are they inseparable? Aronofsky explores well-worn territory here with an almost punkish grace that invigorates it to new life. Full of extraordinary sequences, the most memorable being Noah’s recounting of Creation laid on top of a Malick-meets-Lynch visual of glowing golden men taking dominion over the evolving world, “Noah” seizes an operatic tale and finds the man inside of it, without ever sacrificing an ounce of epic wonder.

It’s no secret that I’m a sucker for a good sci-fi allegory. “Snowpiercer” happens to be a great one. While the concept of a violent dystopian thriller that involves trains and class metaphors might not sound entirely fresh on paper, Joon-Ho’s first English language feature is one of the most bracingly original and breathlessly intelligent pieces of science fiction I’ve seen in years.

Eighteen years in the future, humanity has frozen to death after a failed experiment to curb climate change. The only known survivors live aboard the titular Snowpiercer, a train that propels itself constantly forward, making a complete trip around the globe once every year. The train’s inhabitants are slaves to a black-and-white class system that developed shortly after humanity’s extinction: those with coach tickets live in the back slums, while the rest are afforded luxuries of near-ludicrous proportions. The film deals with Chris Evans’ Curits as he and a band of rebels from the back press their way forward for social revolution.

Everything about “Snowpiercer” works. It is so ridiculously exciting that I found myself holding my breath on three separate occasions. The grotesque, Terry Gilliam-sized beauty of the train’s upper cars is dazzling. The writing sketches characters both memorable and complex, which gives the violence emotional weight and narrative motivation. Tilda Swinton turns in a giddy and menacing performance as a member of “the front” and Chris Evans does easily his best work to date. And most importantly, “Snowpiercer” uncovers themes from its premise that will surprise even the most jaded viewer; I carried on a conversation about its complexities that lasted nearly two entire days. It is a rousing Saturday matinee with artistic ambitions and a beautiful brain, making it the most rewarding action film this year by a landslide.

4. The Lego Movie
Directed by Phil Lord and Christopher Miller

I have used the word “awesome” to describe Chris Miller and Phil Lord’s Lego-themed comedy so many times that my subconscious has created a visual and aural pathway between the two entities. It is the funniest movie I have seen this year. Its voice cast includes both Morgan Freeman and Shaquille O’Neal. It is a biting satire, a heart-filling ode to childhood imagination, a dizzying barrage of (non-condescending) pop culture references, and a truly rousing adventure. The gorgeous animation, all done digitally but rendered to appear as if it were stop-motion, is complete with faux-scratches on the lego pieces that populate its world. Beneath everything, “The Lego Movie” carries the most shrewdly presented and inspiring message of any film I’ve seen this year with such pride and genuine gusto that it would be impossible not to fall to its charms. Unlike the prophecy at the center of “The Lego Movie”, I’m not making this up as I go.

A lot of films about high school are billed as “authentic”, but often these movies mistake social consciousness or unconventional storylines for actual authenticity. Few films capture the aimlessness and muted pain and accompanying liberation of modern adolescence in ways that don’t feel destined for an Urban Outfitters graphic tee or shelf alongside “The Breakfast Club”. “Palo Alto”, Gia Coppola’s directorial debut, captures it all, and then some.

Based on a book of short stories by James Franco (who appears here in a supporting role and, while strong, gives the least interesting performance in the film), “Palo Alto” is a visually gorgeous and disquietingly veritable portrait of being a teenager in the 21st century. Never before have I sat in a theater and seen so many scenarios lifted directly from the depths of my own experience, and while it’s certainly true that just because “Palo Alto” resonated with my background doesn’t make it a great film, it’s also true that the film’s resonance conveys a level of skill on Coppola’s part. Presenting the narrative in connected vignettes, she taps into a visceral melancholy with each individual character (Nat Wolff’s Fred being a clear standout) that never feels forced but always feels cathartic. The logic of the kids’ interpersonal relationships and the influence of their circumstances on their actions is apparent without ever feeling didactic; Coppola’s world is both organic and pristine. Set to a soundtrack composed by Blood Orange mastermind Devonte Hynes, “Palo Alto” holds a slow, candy-colored prism up to adolescence, never points anything in a definite direction, and makes sure that it sticks in your mind and body for weeks after it’s done with you.

You’ve probably heard of “Boyhood” by now if you’ve been reading these types of lists. Richard Linklater’s sprawling, experimental coming of age tale has been gripped firmly by the hype machine—it has a 99% on Rotten Tomatoes and an average score of 100/100 on Metacritic. It seems almost ludicrous that any film, least of all one with so quiet a disposition as this, could receive such a cartoonish overflow of critical praise. It seems that way, at least, until you see it.

For those who don’t know, “Boyhood” tells the story of Mason (played by newcomer Ellar Coltrane), 6 years old when the film begins and 18 when it ends, as he grows up in suburban Texas with a sister and divorced parents. That’s it. The gimmick is that Richard Linklater spent 12 years of real time creating this 12 year spanning story, using the same set of actors to shoot short chunks between 2002 and 2014. The audience is left feeling as if they’ve organically and thoroughly experienced the life of Mason and his family over the film’s near three hour runtime. It’s exhausting only in the sense that listening to a song from one’s childhood is exhausting, which is to say it drains as it recalls and transforms. I have seldom left a movie theater feeling so full and alive.

One of the many extraordinary things about “Boyhood” is its decision to focus on moments in Mason’s life that do not necessarily align with coming of age tropes. We don’t get to watch Mason lose his virginity and buy his first car and watch his first crush simmer and fade while his parents struggle to understand who he is. Instead, we watch him observe his mother’s string of alcoholic husbands with a quiet defiance. He plays video games. He wonders where wasps come from. He goes to Harry Potter release parties and rides his bike aimlessly around the neighborhood and drinks and smokes and takes beautiful pictures. The film is made up of moments that would never seem extraordinarily cinematic, but that’s Linklater’s argument: life itself is extraordinary and compelling enough a narrative for any and all of us.

He wins the argument.

Though it’s not a thriller, summarizing “Ida” and thus giving away its surprises feels like a supreme betrayal. Polish filmmaker Pawel Pawlikowski’s first film in his native tongue is full of small narrative explosions, communicated with a stoic frown or a single word, that contain waves of emotional heft and truly define the viewing experience. It tells the story of a devout orphaned nun named Anna who discovers that she has a living aunt who she is urged to contact before she takes her vows. Through this aunt (a wounded, sarcastic whirlwind), Anna discovers information about her past that threatens to throw her into a crisis of faith. Part road movie, part family drama, part mining of Poland’s national history, “Ida” is the single film I’ve seen in 2014 that I can see most enduring as a classic. Shot in black and white by Ryszard Lenczewski and Lukasz Zal, it is as visually stunning a movie as I have ever seen. It deals with identity and loss and our nature to attempt to control chaos in ways that are both simple and staggering. It is quiet without ever being boring, devastating without the slightest threat of melodrama, and life-affirming without scraping elbows with sentimentality. If you take the time to seek out a single hidden gem this year, make it “Ida”. You will be rewarded.

Honorable Mentions: Obvious Child, The Fault in Our Stars, Dawn of the Planet of the Apes, Life Itself, The Grand Budapest Hotel 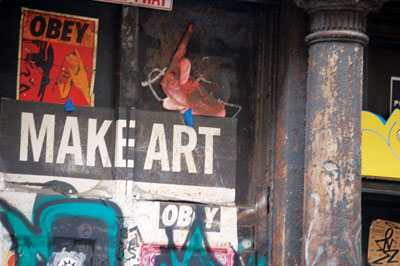