For the past 75 years, Superman has been going faster than a speeding bullet, more powerful than a locomotive, and able to leap over tall buildings with a single bound; in both comic books, and more recently, on the big screen. Many attempts have been made at producing a satisfying, live-action film based on possibly the most recognized superhero on the face of the planet, but few have been successful, due to either a lack of technology or just poor scripting (i.e., Superman Returns, 2006, or any movie after the original 1978 film starring Christopher Reeves).
So what exactly does something as big as Superman need to launch him to such a box office success? How about putting visual director Zack Snyder at the helm of this major project?
Man of Steel begins on the planet Krypton where Jor-El (Russell Crowe) and his wife are about to send their newborn son Kal-El to Earth to save him from the apocalypse that is about to occur, along with something a little special that could mean the longevity of the Kryptonian race.
Baby Kal-El is found by a Kansas farmer and his wife (played by Kevin Costner and Diane Lane), and grows up to be the handsome and incredibly jacked Clark Kent (Henry Cavill). The gaining of his superpowers is explained through several flashbacks to his childhood near the beginning of the movie, and they explain his adaptation to Earth’s climate very well. Along his journey to find his purpose in life, he stumbles across an ancient ship in the arctic region containing many of the answers he’s been searching for. He also becomes acquainted with Lois Lane (Amy Adams), a pretty young journalist from Metropolis’ Daily Planet newspaper.
The main antagonist of the movie is General Zod (Michael Shannon), who, along with his squad of highly powerful soldiers, managed to escape the explosion of Krypton, and has been tracking Kal-El down for many years. Having been genetically programmed to protect Krypton from harm, he naturally feels the need to hunt down Kal-El, with whom lies the only remaining data about Krypton’s history.
If this movie was broken up into three acts, I would say that Act I is a little slow, with not a whole lot of dialogue from the characters (especially Clark Kent). This is the act with the most flashbacks, and kind of sets the stage for what will happen later.

Act II is very action packed, if not somewhat confusing, as we see a very large-scale battle between Kal-El and Zod’s goons take place from a shaky-cam perspective. The battle as a whole is very entertaining and visually stunning, but I did get lost a few times amidst the rubble and punches.
Act III covers the last showdown between Kal and Zod himself, and is as equally action filled as Act II. I thought the ending was easily the best and most interesting part of the film, because it brought things together in a way I didn’t really expect and left a starting point for the second movie (rumored to be released as soon as next year).
The script left a little to be desired toward the start, but definitely picked up later on.
Altogether, the casting couldn’t have been better. Michael Shannon knocked it out of the park as the slightly-crazed war monger Zod. An argument could be made that he was a hair over dramatic, but either way, he looked pretty awesome in his Kryptonian armor.
Russell Crowe and Kevin Costner, who both played Kal’s father figures did an excellent job as well, and you could really feel a connection between Costner’s character and the young Clark Kent especially. They did make an alteration to the way Jonathan Kent classically dies, but I think that it showed the true bond between father and son in an interesting way.
Henry Cavill is possibly the best looking Superman of them all, with the perfect body and face for the role. Luckily, he also has acting skills! :) He did a great job at pulling off the stoic and Americanized hero that people have grown to love over the last century.
Overall, I’m giving this movie an 8.5 out of 10. I was pleased with it when I walked out of the theater, and can’t wait to see the next one! This is certainly a triumph for DC movies, and the perfect start to a brand-new franchise. 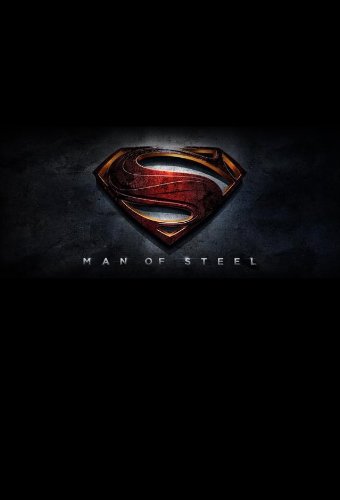 
Buy from Amazon Available on iTunes
The author's comments:
Went to see it opening night! Here's what I thought.
Post a comment
Submit your own