Favorite Quote:
"Everyone is different, it's the natural state- it's the facts, it's plain to see. The world's gray enough without making it worse. What we need is individuality!"
- Billy Elliot's "Expressing Yourself"

A witty, interesting, suspenseful, kid- and adult-friendly movie, Wes Anderson's “Fantastic Mr. Fox” is a hilarious rediscovery of the wonderful writing of Roald Dahl. Growing up adoring his books, I was ecstatic when I heard this movie was in the works. And, to my delight, I was right to be excited. Its interesting animation makes it ­realistic and “cartoonish” at the same time by using stopmotion and a sort of sharp quality to the animation. Not only is “Fantastic Mr. Fox” written ­exceedingly well, it's voiced by a star cast, including George Clooney (Mr. Fox), Meryl Streep (Mrs. Fox),
Jason Schwartzman (Ash), and Eric Chase Anderson (Kristofferson). Their perfect timing and delivery of the hilarious script will have you sore with laughter.

This movie is basically a ­visual version of the classic book by Roald Dahl. By incorporating chapter titles, Anderson and co-writer Noah Baumbach portray Dahl's plot and characters spectacularly. Mr. and Mrs. Fox and their “different” son, Ash, decide to buy a tree next to the meanest, ugliest farmers in town, Boggis, Bunce, and Bean. This causes trouble for the family and the rest of the animals in the neighborhood. In the meantime, Ash's “perfect” cousin, Kristofferson, comes to visit while his father is sick, and this arouses a totally different conflict, including hatred and jealousy between the two boys. These two plots are smartly ­intertwined resulting in several memorable quotes, a terrific dig scene, and a head-on tussle with a rabid beagle.

Mr. Fox is a sneaky, determined fox who lives in the ­moment, without taking into consideration the consequences of his actions. His wife is dragged into all of his adventures, no matter how hard Mr. Fox tries to hide his plans. She is both a motherly and sarcastic character, and her son inherits some of that sarcasm.

Ash is awkward, angers easily, and is very … different. For example, he stuffs the bottoms of his pants into his socks and wears a bedsheet as a cape. His opposite, the perfect cousin, Kristofferson, does yoga, gets the girls, is a natural whack-bat player, and impresses Mr. Fox, angering Ash. This family is dragged into one of Mr. Fox's outrageous plans and has to work together to dig their way out.

Of course, “Fantastic Mr. Fox” may not be for all moviegoers. Not all will understand its dry humor, and its unique animation may not grab everyone. Much of the movie is based on lines – if you miss a few, you may not understand what is going on.

I believe, however, that anyone (kids and adults) craving a good comedy or interestingly animated movie will love ­“Fantastic Mr. Fox.” After all, it's a truly fantastic movie 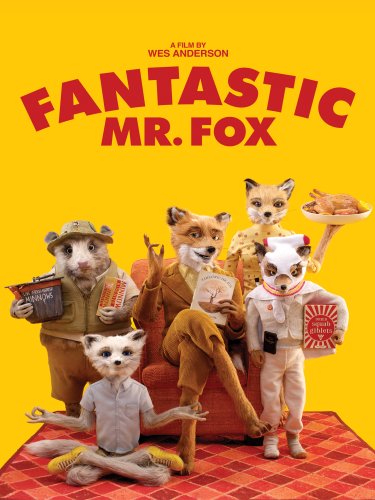