“The Fighter” was advertised as a traditional boxing movie featuring a small-town boxer hoping for his big break. But this film, directed by David O. Russell (“Three Kings,” “I Heart Huckabees”), is not a sports flick – it is, above all, a saga of a maudlin and dysfunctional clan strangely reminiscent of Shakespearean families.

Mark Wahlberg plays Micky, a boxer trying to rise above his working-class roots in Lowell, Massachusetts. His trainer is his half-brother, Dicky (Christian Bale), a former boxer who dreams of making his comeback and often overshadows Micky by reminding town residents of his former glory days. Dicky also has an intense crack addiction that limits his commitment to Micky's training. Micky's manager, Alice, portrayed by Oscar-winner Melissa Leo, is the matriarch of the family – feisty, controlling, and presumptuous about her contributions to her son's career.

The film's conflict comes into full focus when Micky realizes that his family has become a liability. After losing an important fight, he becomes increasingly disheartened about their involvement in his career.

The film itself is mediocre at best, taking a page from similar films of the last few years. (“The Wrestler,” “Cinderella Man,” and “Million Dollar Baby” come to mind.) At times, it lacks a true emotional pull, except in its most dramatic moments. But if anything, see it for the first-class performances.

Wahlberg is commendable, but his key scenes receive major boosts from the supporting actors. Leo provides just the right amount of tough love that her character embodies. Amy Adams is remarkable as Charlene, Micky's girlfriend, the only one who sees through his cacophonous family.

Finally, Bale steals the show. He completely immerses himself in Dicky, becoming virtually unrecognizable with his Boston accent and gaunt physique. He easily creates the most three-dimensional character in the film. Bale juxtaposes moments of levity with elements of a classic tragic hero, a man who once shined but now must muster up the strength to face the harsh realities of his troubled existence. He presents Dicky as a fragile soul, teetering on the edge of insanity. Bale has received numerous accolades for this performance (including an Academy Award), which is perhaps the best of his career.

In the end, “The Fighter” is not really about who wins the fight. Instead, it implores the viewer to ponder the often tenuous ties binding loved ones and the painful tug-of-war between family and ambition. Though it is at times borderline cliché, “The Fighter” ultimately stands on the shoulders of its formidable cast.

This movie is rated R. 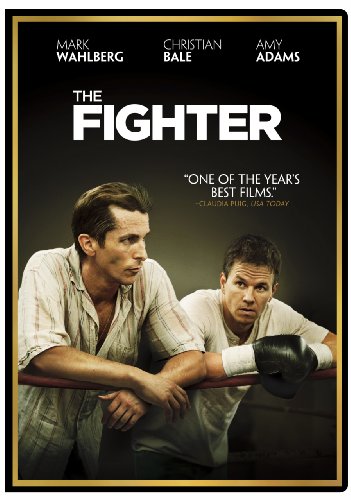 Favorite Quote:
"be the change you wish to see in the world."

View profile
well i would have to respectfully disagree with your opinion although it is only and opinion. the movie has more of a meaning then just boxing. it is a life story that could easily be true. and the meteor at it's best eh i dun know it was pretty amazing