This movie begins like many, a young woman and a young man fall in love almost instantly. The lady gets pregnant and is then later on in an accident. However, this movie is not about them the parents, it is about their phenomenal musical child and they do not even see it coming.

August Rush was released in movie theaters November 21, 2007. The Palisades mall had a sneak peak showing at 7PM, November 17, 2007. If you wanted to buy tickets you had to get those hours in advance, otherwise it would be sold out. I arrived in the theater at 6:30PM and it was packed; luckily I found a good seat. There were people there of all ages from the youngest to the oldest and not all of the older people had children with them. Everyone was there with snacks in their hands waiting anxiously for the movie to start.

August Rush is about a young boy who is very musically inclined. He has a natural talent and hears music from everything including rain drops tapping on the floor and metal swings clicking. He has never taken music lessons, yet one might say he is better than Beethoven. This young boy is about 11 years old in an orphanage. His name is Evan, but later changes it to August Rush. August Rush is on a quest to find his parents. He does this by having the music he plays guide him. As luck would have it his mother is looking for him too. During her pregnancy she was in an accident and her father lied to her. He forged her signature to give the baby away, and then told her daughter that the baby died. When he gets ill in the hospital he tells his daughter the truth and she automatically stops her life to find her son. I don’t want to ruin this movie so you will have to see it yourself to get the whole story.

I interviewed two of my friends and in overall they only had good things to say.

My personal opinion on this movie is that it was great. I haven’t seen such a good movie in the movie theaters for awhile. Everyone was silent keeping their eyes glued on the screen. It ended kind of suddenly, but it was defiantly a movie to be recommended to all people. The movie is now on DVD so for all of you who did not see it in theaters should defiantly rent it. 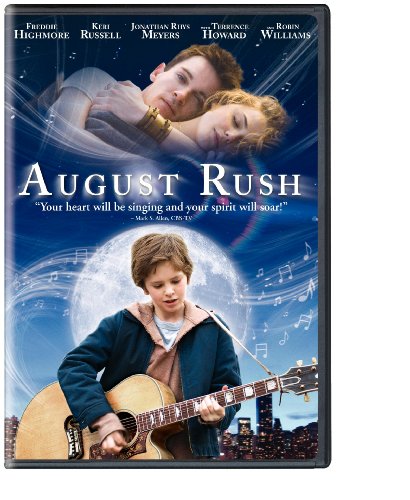