Nicholas Cage. The actor that I hate so much fits this role so perfectly. Imagine that. Bad Lieutenant is a movie about a BAD cop with worse problems. Recently promoted to lieutenant, he finds he will be experiencing back problems for the rest of his life, he is addicted to coke, dating a prostitute, abusing his power and talking in slang like a boy from the suburbs who just discovered his first Tupac CD. Herzog, never known as a normal director, or man, for that matter, takes the bad cop movie and completly makes it his own by adding his trademark touches and kookiness to the film.
Making New Orleans look as it actualy does instead of dolling it up for the movies is a brave step that also lets us understand the main character. Cage brings out the absolute worst in lieutenant Terence McDonagh, and gives a carrer best performance in making Terence equal parts sadistic, deplorable and humorous. Cage gives Terence the gait, grizzled voice and slumping posture of a lieutenant on his way down to rock bottom. Cage and Herzog drive this film together. They compliment each other. They are a force to be reckoned with. If you love quotable lines, sadistic cops and even if you hate Nicholas Cage, please give this film a try. 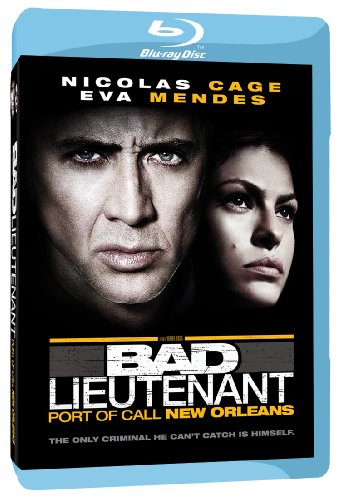