The Lion in Winter | Teen Ink

The Lion in Winter

The task of choosing a new king is not for the weak minded. It requires one to possess the qualities of a royal, such as fair judgment, confidence, knowledge, and above all morality. The Lion in Winter tells the story of King Henry II of England (Patrick Stewart) and his final years as ruler of England. He is faced with the difficult task of choosing a new king who is fit to inherit the responsibilities that once challenged him. However, the weight of this burden does not only trouble King Henry, but also his wife Eleanor (Glenn Close), who was locked away for ten years because of her attempt to overthrow her husband. Each husband and wife has his or her own opinion regarding which of their three sons should be king. Nevertheless, compromising with one another is not in the nature of either ruler. The king and queen lie to deceive, and they manipulate their way all the way through the process, while not showing any emotion or downfall in power. Though there are differences between Henry and Eleanor, their love grows deeper as each day passes. Love versus hate is a reoccurring theme throughout the film, a theme which viewers will ponder from the beginning of the movie until the joyous, symbolic final scene. From the casting to the wardrobe and screenplay, The Lion in Winter is an unforgettable film that will soon be considered one of the classics of this century.

The casting of roles in films is a vital part of pre-production. Choosing the wrong actor can make or break a film, especially films that are highly anticipated. The actors in The Lion in Winter were cast perfectly for their roles, and each actor followed through with stellar performances. Taking into consideration that the film takes place in the late twelfth century, the actors had to possess something more than the ability to recite lines; they had to become creative and imaginative. Members of audiences who watch this film likely do not have knowledge of how royal families in the Middle Ages behaved, but this talented cast put on a show that teaches viewers what life in England was like over eight hundred years ago. With Glenn Close and Patrick Stewart leading the way, this is achieved. Not only are the leading roles persuasive and alive, the minor characters were convincing as well. The role of King Philip of France, played by Jonathan Rhys-Meyers, is small, but very significant. This character and the role he plays are dynamic and contribute to the ultimate outcome of the film. Casting for a film is one of the most important elements of pre-production, and The Lion in Winter has a talented cast that will be remembered for years.

One part of cinema that never receives the credit it deserves is the costumes and wardrobe department. In this film, the costumes range from extravagant gowns made of velvet and silk, to tattered rags made of linen covered in dirt. The outfits worn by the cast depict the time period perfectly. Viewers see the king and queen wear expensive robes and the princes wearing armor of a warrior. Much thought went in to designing and creating the clothing worn by the actors, and the end result contributed to the credibility of the film. Each and every outfit looked authentic, and it seems as if the designers simply walked into the Smithsonian Museum and took the historic gowns off of each mannequin's back. Every article of clothing was detailed and created with passion, which makes a difference in the presentation of the film and the film's story. The costume designing team was recognized by the end of the film when it was awarded “Outstanding Costumes for a Movie” Emmy. Audiences do not realize how much the costumes impacted this film. After people watch this movie, however, that will change.

One impressive aspect of The Lion in Winter is that it flowed like a river. The screenplay was written very articulately, which makes the film easy to understand. Little children could watch this film with their parents and point out which characters are bad and good. Along with the film flowing nicely, there is always something exciting lurking in the next scene. With every rising action there was a slight falling action, which makes viewers anticipate the climax. A very clever screenplay attracts viewers, which The Lion in Winter definitely does.

Hollywood has produced hundreds of movies based on the European kingdoms, but few of them compare to The Lion in Winter. This film had everything: romance, drama, mystery, and history. Though this film may not be popular with the general population, its story is brought to life and commands the viewer's attention. Everything from production of this film to editing was extraordinary, and it is a film many viewers will recommend. Teens will be attracted to the action and fight scenes, while adults will relate to the underlying themes. From six-year olds to eighty-six year olds, this entertaining film will provide a memorable viewing experience. 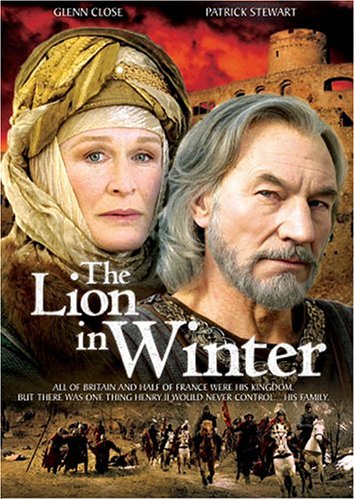