A Perfect Getaway, or is it? This underdog of a movie caught me by surprise. A thriller of its own and without a doubt will be a trend-setter. A Perfect Getaway didn't do the best in the box office; however, it kept me on the edge of my seat throughout the whole film.

This movie is rated “R” which I thought was a little stingy. It got that rating due to some vulgar language and a few gruesome scenes. One scene contained partial nudity. I'd recommend this movie to anyone 15 plus.

The basic plot of this thriller is quite simplistic. Two newly weds take their honeymoon vacation to Kauai on the island of Hawaii. Cliff and Cydney (the couple) hear word of two cold blooded murders killing another couple of honeymooners on the island of Honolulu. Ironically, Cliff and Cydney have already befriended two other couples prior to hearing the news. A high suspicion rises between the three couples. Who could it be? Or is it not even one of the three couples at all? That's for you to find out.

I previously mentioned that this movie is a trend-setter. This film has got to be the most plot twisting movie ever directed. Friends becoming friends and enemies becoming enemies you never know what might happen next. If you watch carefully and have a good memory, the actors actually foreshadow and clue you in onto what might happen next. However, you think you might know who the culprit of the numerous murders are, but the tables are turned countless times throughout the movie, so it's definitely not a movie with an expected ending.

Is the movie worth going to see? It's one of those movies when the ending credits start rolling and you just sit there wondering if you liked the movie or not. Judging from my emotions throughout the film, I'd recommend seeing it. It definitely kept my attention without any dull or useless scenes. From start to finish the movie will keep you wondering. You will think you've come up with a conclusion to these mysterious murders, but ten seconds later another clue will throw you off track.

In conclusion, this movie is definitely worth ten bucks at a theatre. Full off twists and turn you will never know what will happen next. This movie is a rated “R” which I thought was a little stingy. Some vulgar language and a few gruesome scenes and that's about it. Without any scenes wasted this thriller will keep you on the edge of your seat and will keep you wondering.

A Perfect Getaway? That's for you to decide. 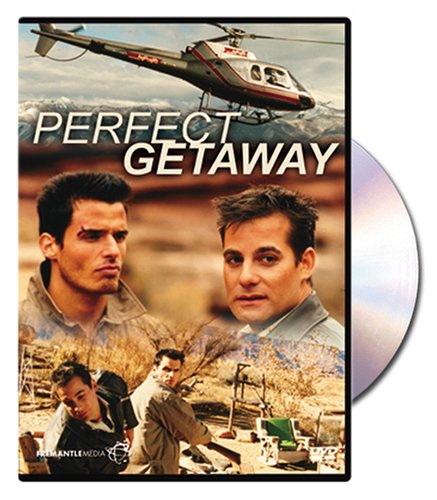