The movie X-men Origins: Wolverine is a spin-off of the popular Marvel the series/trilogy X-Men. This movie was highlighted as the next Dark Knight. It has massive explosions, thrilling fight scenes, huge superstar actors, and a disapointing addition to the X-men legacy.

The movie itself wasn't terrible but Marvel lovers like me should be disappointed by the lack of character use in this movie. They highlighted many famous Marvel characters and the major stars that were playing them. The problem was that they showed very little of any of the characters other than Wolverine (Hugh Jackman), Victor Creed/Sabertooth (Liev Schreiber), and William Stryker (Danny Huston). They had a whole team of characters that were hardly shown and the ones that they did show were killed off. But the thing that angers me off is that they put famous actors in the team that everyone would love to see more of such as Will I. Am (Black Eyed Peas) playing John Wraith and Ryan Reynolds (Just Friends) playing Wade Wilson. Another character who was an awesome addition for X-Men fans but was not shown enough and played by a really crappy actor was Gambit.

This review is by no means a dash on Hugh Jackman's performance because he did an awesome job as well as Liev Schreiber playing Victor Creed. However the casting was terrible for all of the other parts and the story line was really bad too. They gave Hollywood headliners, who actually did a great job, some mediocre parts and gave not so great actors some bigger parts. Though I did think it was really cool how Patrick Stewart made a cameo as Professor X. Probably the biggest male supporter in this movie was Taylor Kitsch playing Gambit. Gambit is an X-Men favorite who was played by a guy who looked like a modern day Gambit but played the character horribly and was a major disappointment to those of us who were looking forward to seeing the character finally appear on the big screen. Also everyone was looking forward to seeing this group of super heroes that Wolverine teams up with and they hardly show them. They are in the movie once or twice and usually when they are by themselves they die. Another disappointment of this movie was all the media going around about Ryan Reynolds playing Deadpool. Most people know Ryan Reynolds for his hilarious comedies and his funny-man acting but he's also done a few action films too, which made him a shoe-in for the part of the “Merc with the Mouth”, Wade Wilson. I was looking forward to seeing Reynolds play Wade Wilson almost as much as I was looking forward to seeing the movie itself but he was hardly in the movie. He had one fight scene and that was about it for Reynolds. Then at the end they do some sort of experiment on him and that is how he becomes deadpool the mercenary from hell but instead they had some other guy play Wade Wilson just in a deformed outfit and some new powers. This was a stupid move because it made no sense in getting rid of Reynolds so that some guy could play the same character in the same movie. Another let down about Deadpool is they kill him off with the rest of the other members of the team. If you know the comic books you know that Deadpool has regenerative powers like Wolverine and gets his real start after he gets experimented on which made the movie completely different from the comics and what other Marvel lovers were hoping for.

Although there were a lot of disappointments in this movie there were a lot of cool things too. I really enjoyed the opening where it showed all of the different wars that Victor Creed and Wolverine had fought in. It was beautifully shot and it added to the action of the movie. Also the fight scenes were amazing. They utilized every character's talent and made it so that you were on the edge of your seat during the entire battle. But the part I was most impressed with was Liev Schreiber's interpretation of Victor Creed. Everybody knows Jackman for his role as Wolverine in the X-Men movies but no one thought he would be matched in every aspect of the character by Liev Schreiber. In the comics Victor Creed is a merciless killing machine who is portrayed as a guy who isn't too bright but in the movie he had intelligence, skill, and vengeance on his mind and it came across just as good as Jackman's portrayal of Wolverine. What is there to say about Hugh Jackman? He was everything we had all hoped he would be and after this movie I think that Jackman will always be remembered as Wolverine. There is absolutely no shame in that because he is an amazing actor and deserves to be credited for a part that I don't think anyone else could play as well as him.

All in all X-Men Origins: Wolverine was just alright to me. It had awesome action and acting by the characters but the story itself and the details needed some work. All in all I give this movie 2 and a half out of 5 stars. 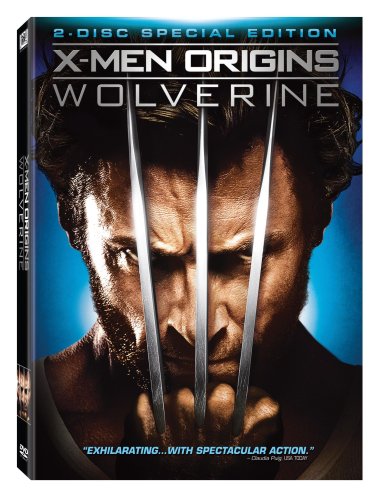 Tashan SILVER said...
on Aug. 1 2009 at 10:22 pm
Tashan SILVER, Ponderay, Idaho
6 articles 4 photos 31 comments
View profile
I haven't seen the movie yet (we don't really go to theaters all that much), and I have to say that reading your review on it...well, I am looking forward to keeping it in mind when I finally do watch it the movie! I love the X-Men movies, so I wasn't expcting this one to be knock-your-socks of good, (seconds, or fourths, never are!)