With a six-point five million dollar budget, you would imagine The Gooby Movie, starring Robbie Coltrane and Eugene Levy, would leave some mark in the box office. This could not be further from the truth. The Gooby movie made a total (not a profit) of three thousand, two hundred, thirty-four dollars. This movie is something else.

The Gooby Movie is about middle school student Willy, who is feeling pretty down after moving from his home in Hot Dog Park. Lucky for Willy, his childhood stuffed animal Gooby is here to “help out when the road gets rocky”. While the movie tries to present the pair as a friendship with an unbreakable bond, the execution is poor. Gooby is often rude to Willy. Making messes, throwing things at him, complaining, and generally stressing out both Willy and the audience. This is not helped by Gooby’s appearance, which does not look friendly or loveable. He looks dirty, not something you’d want to hug.

This pairs with the lackluster special effects, which are not only lackluster but unintentionally frightening. At one point in the film, Gooby and Willy are in a high-stakes chase from Willy’s teacher, Eugene Levy. The special effects really shine during this scene, as Gooby dashes through the store with Willy almost floating behind him. But wait better break from this intense chase scene for a brand deal. Mid chase, Gooby stops to advertise his favorite snack, Gummy Chews. Which happens to share his resemblance as the mascot. This break lasts fifty seconds.

The acting in Gooby is phenomenal. When Eugene Levy, playing Willy’s teacher, Mr. Nerdlinger, ranted about his book series, Flesherton Fish, I went scrambling for my wallet. In need of the latest issue. When Robbie Coltrane utters famous lines such as “no snot about it” or, “rooster”, you can really tell he’s ‘giving it his all’.

Now, I don’t want to be biased. There has to be some good to a film with a budget like that. So why not consider the key audience, younger kids. What will the targeted audience of The Gooby Movie get out of it? The movie ends by telling kids the lesson they should learn from the film. It honestly sounds like how a 5th grader would end an essay with “in conclusion”, but that’s beside the point. Willy, in his final remarks, states that Gooby taught him “how to be a friend”. How to be a friend? Throughout the movie, we watch as Gooby pesters and probes a young Willy. But, hey, I guess that’s what friends are for! And as one last slap in the face, when the screen fades to the credits, a video of Gooby singing appears to the side. Truly terrifying.

The funniest part about Gooby is its reviews. Checking the IMDB, sarcastic viewers of the film have tagged it under “Canadian Horror”, “bad influence”, and “snot”. If you like good movies, this may not be a good choice for you. But, if you’re looking for a bad movie night option, give it a try, but don’t enter with high expectations. 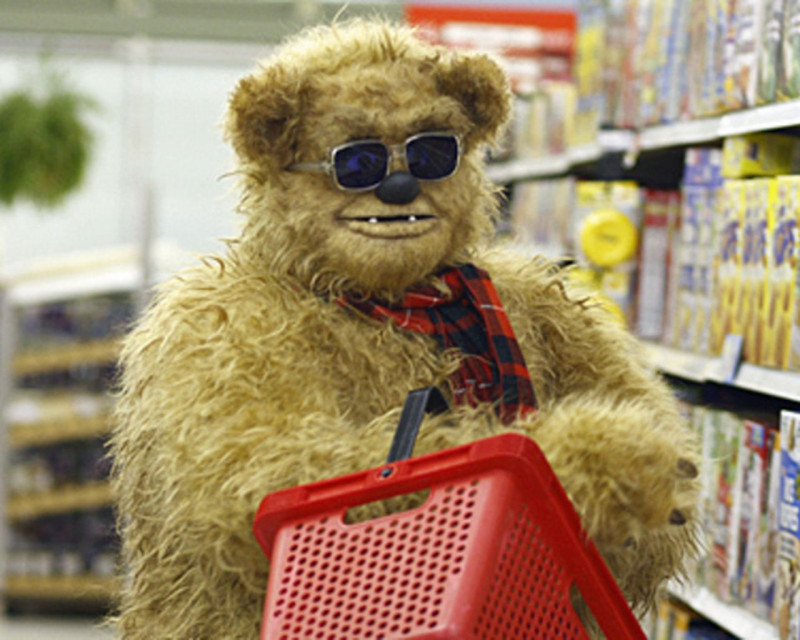 With a budget that big, what could possibly go wrong?