The Price of Societal Sheepdogs

Favorite Quote:
"To be nobody but yourself in a world which is doing its best day and night to make you like everybody else means to fight the hardest battle which any human being can fight and never stop fighting."
- E.E. Cummings

American Sniper (2014) is an amazing film, wonderfully adapted by screenwriter Jason Hall from the autobiography of Chris Kyle- a legendary US SEAL sniper who served in Iraq post-9/11. It totally deserves the Oscar win for Best Sound Editing and multiple other nominations in 2015. It triumphantly grossed over $540mn worldwide. This film clearly showcases Clint Eastwood's talent as an extraordinary director, outside of his Western genre. Also Bradley Cooper and Sienna Miller's performance during the dialogue-less crucial parts of this film is simply outstanding, they present their characters to us in such a believable way.

At the beginning of the film, Chris Kyle's father talks of three kinds of personalities children might grow to adopt in this world- (1) the ones who commit a societal injustice, like Wolves (2) the ones who never speak out against it fearing retaliation, like Sheep (3) the ones who sacrifice and boldly fight for those who can't fight for themselves, like Sheepdogs. Quick glance, and we will always find ourselves picking the third as the best of them all. And we think we are justified in doing so- but real life grows out to be more complicated than what we might think. This is exactly what this incredible true story delves into.

On the surface, the story plays out simply as a relentless patriotic soldier who is trying hard to fight a war in a foreign land to bring terrorists to justice. Despite the imminent risks involved, he is willing to sacrifice anything for the honor and glory of his country and to rescue his fellow soldiers. He doesn't care if this costs him in his personal life. This seems like a pretty noble pursuit. It earns him a military title- "LEGEND" along with loads of fame from his other colleagues. He even manages to rescue many dying soldiers on his way and reunites them with their loved ones. In short- he becomes a prized asset to the US army, a symbol of courage and hope amidst the devastating war.

But as the story proceeds, the audience is made to realize the dark impact the war's unavoidable bloodshed has on Chris' soul and how it gradually affects his personality, subconsciously. This is shown by cleverly cross-cutting between his wars in Iraq and his family life back home, where his wife repeatedly persuades him to live the simple life of a family man. But deep down he hesitates letting go of his 'savior-mentality' and creates reasons to justify his own actions to himself. He starts suffering from hypertension, which adversely impacts his temper and sabotages his personal relationships. The war's trauma prevents him from feeling the joy of being around his own wife and kids as he should.

As Chris is pushed to his emotional breaking point towards the end of the film, we're put to a very deep personal conflict- "honor & glory" vs "family & love". And the film's ending scenes justifiably answer this strong dilemma by transforming Chris' character, and teaches us to value that which is actually important in life.

Last, but not the least, cinematographer Tom Stern films the sniper-shooting scenes marvelously. It draws us into Chris' mind as he emotionally wrestles with the tough choices on battlefield that question his humanity and his loyalty to America. The exceptional score that plays along, emphasizes on these pivotal story beats making us live through his pursuit.

The magnificent opening depicting Chris Kyle being emotionally tormented into a situational dilemma of whether to kill a hostile child, is undoubedly the best scene in the entire film. Bradley Cooper's finesse acting emphasizes this tense moment on a heartfelt note.

This is a clear masterpiece on many levels. 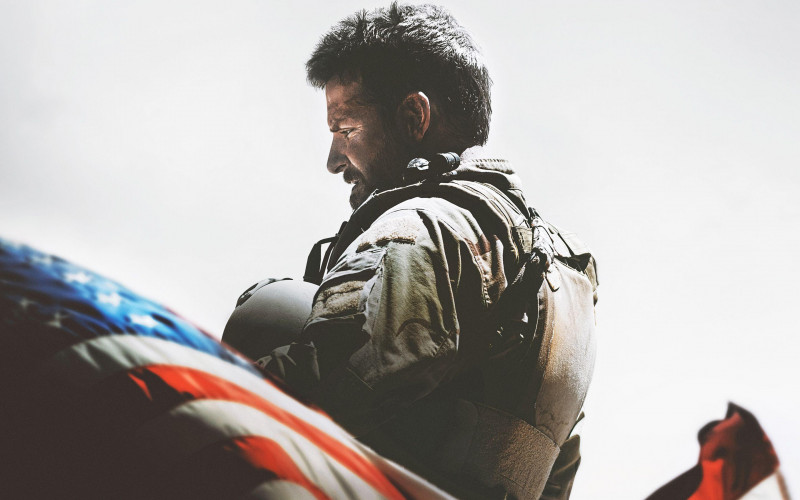 I am a high school student who is deeply passionate about film criticism. I wrote this review totally from my personal experience of watching American Sniper. The reason I chose to elaborate on my analysis of this cinematic masterpiece is due to the deep personal conflict in the story that pertains so relevantly to today's society.