Favorite Quote:
"Don't give up on the person you're becoming"

Parasite, the film that not only sweeped the 2020 Oscars, but also the attention of thousands of people all around the world, is one for the history books. This film follows the story of the Kim family, a family who struggles to keep up in the Korean society with poverty taking over their lives. Ki-Woo, one of the main characters, is offered an opportunity of a lifetime, getting hired as an English teacher by the Park family. The Park family and the Kim family are polar opposites, the Park family being extremely wealthy and well composed, while the Kim family being messy, chaotic, and poor. As the film goes on, the Kim family, one by one, are hired by the Park family, filling in different roles of the household - an art therapist, a driver, and a housekeeper. At first, this film seems harmless, telling a story about a poor family who takes jobs that are open within the rich family. However, the unexpected twists and turns that this film takes will leave you with your mouth wide open.

The title - “Parasite” - is extremely well chosen, for the film is full of them. The Kim family feeds off of the Park family, taking advantage of open opportunities and doing everything they can to ensure that they get the money that they need. The Park family also feeds off of the Kim family, using their efforts and hard work to make sure that they do not need to do much. The fact that a real world problem of class difference led to a disturbing and unexpected ending really makes the viewers think about the world in a different perspective. The storyline is extremely complex and intriguing as itself, but as you dive deeper into how the director - Bong Joon-Ho - portrayed the story and messages, the work is really seen as a masterpiece. He is able to illustrate messages and really differentiate the two families within the film by using different shots, camera angles, color, and lighting. When the Kim family is shown on the screen, the shots are a bit tighter, more intimate, while the coloring and lighting is darker, gloomier. But, when the Park family is shown on the screen, the shots are wider, showing off their home and wealth, and the coloring and lighting is a warmer tone, lighter. It is an extremely visually pleasing film.

For those who may not know, the entire film is in Korean. There are subtitles that show up at the bottom of the screen during the entirety of the film, and the words do not cover any of the visuals. For the people who did not watch this film due to the language barrier, I encourage you to try to watch it. Watching films that are in different languages is something that should not be uncommon. Being able to watch different works from all different places in the world is something that should be celebrated, not avoided. 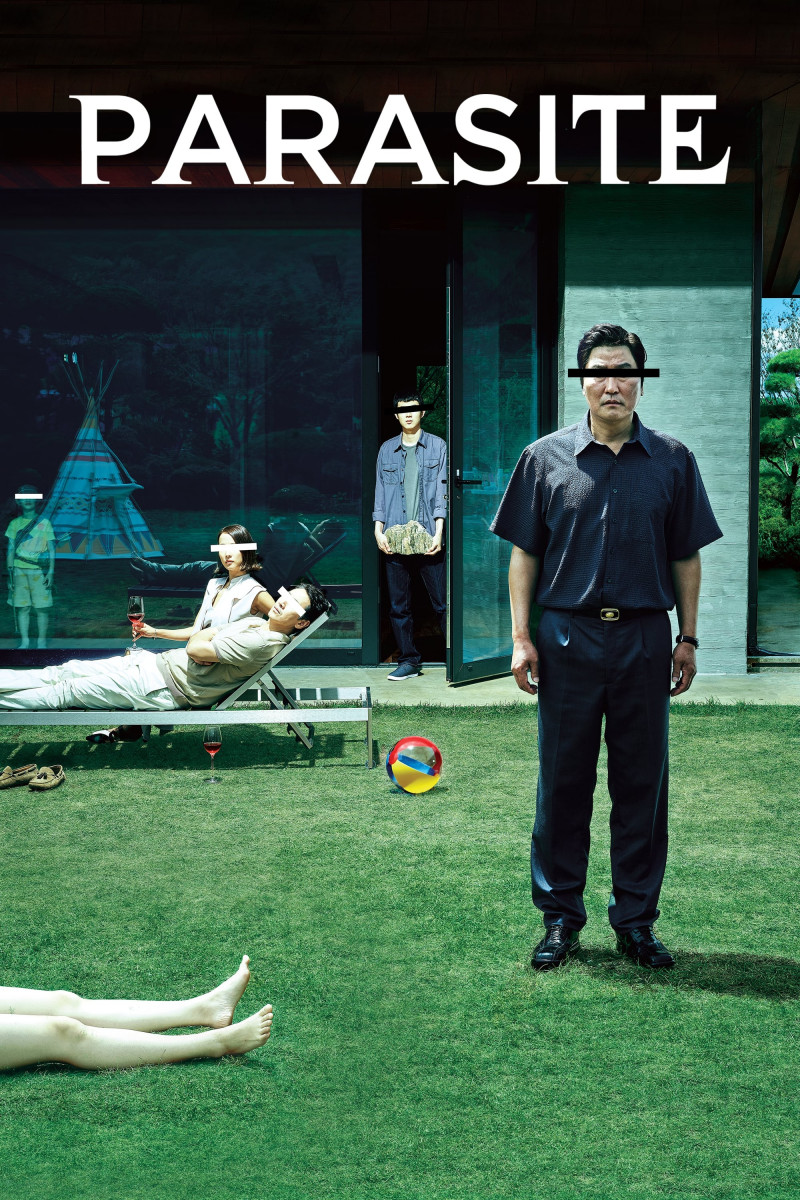 "This is what a true masterpiece looks like." -Linda Marric

Favorite Quote:
"To be nobody but yourself in a world which is doing its best day and night to make you like everybody else means to fight the hardest battle which any human being can fight and never stop fighting."
- E.E. Cummings

View profile
Wow. This is such an interesting and informative review of this cinematic masterpiece!