The School of Rock | Teen Ink

The School of Rock

The School of Rock proves to be an epic drama that combines together music, the power of rock and children to create a thoroughly entertaining movie that aims to please. The movie revolves around Dewey Finn, an enthusiastic and eager guitarist that must deal with being forced out of his band and searching for a form of employment so that he can pay bills. Not sure what to do or where to go, Dewey Finn soon finds himself getting his hands on a teaching job, where he poses as a substitute teacher. However, Dewey finds that this teaching job doesn't allow slacking off. Knowing that he is going to have to hide his true identity, Dewey decides to go by a fake identity. The school is an elite private elementary school that acts as a prep school where the principal is incredibly strict, and rigid rules are the normality here. The teachers and students are forced to strive for perfection, regardless of all of the pressure, and it seems that everyone here is uptight and not focused on their happiness, which they should value more. Despite all of these challenges, Dewey sees an opportunity to spread his love and joy for music with the students that he has now gained. Dewey seizes the opportunity to teach them the ways of rock and roll and exposes to them to all of the wonders of hardcore music that he adores. While the principal is no doubt against this, Dewey does his best to hide this from her with help from the kids that want to have fun. Because the kids don't want to just be tortured with academics, Dewey manages his best to transform his class into a rock band without the principal finding out. The class's ultimate goal is to play at Battle of the Bands, a huge contest that gathers together bands of all different shapes and sizes to attempt to prove to be the best band of them all. With some assistance from Dewey, who also has a dream of playing at Battle of the Bands, it seems that the kids may finally be able to show the world that when it comes to music, they're anything but immature.
The School of Rock manages to transform into a truly charming adventure that combines together the best of school and rock to form a stark balance that provides the a fine combination of both worlds. High-spirited and fun in its entirety, the movie brings audiences a sense of joy that may have been long lost to their childhood days with throwbacks to the true happiness that can come from elementary school. While some moments may come across as slightly far-fetched, it is this eccentric bizarreness that allows the movie to transform into the wondrous family friendly venture that it was always meant to be.

The School of Rock has a surprisingly concise and cohesive plot that brings out the best in its elaborate concepts and ideas. The beginning of the movie fantastically introduces audiences to Dewey Finn, as well as what his life is currently like to demonstrate just how much change he's going to have to go through to become a fake teacher. The middle portion of the movie proves to be one of the most lighthearted parts of the entire movie and includes Dewey and the kids at the peak of their relationship, which helps to showcase how fun of a class Dewey runs. The enticing ending of the movie manages to bring the entire movie to a coherent conclusion, while also jam-packing the adventure with plenty of heart-pounding emotion that will be sure to warm some hearts. While there aren't too many thrilling twists or turns, the ones that are apparent manage to become some truly well-written and thought through surprises that make the movie that much more enjoyable. Furthermore, the movie is at its finest when showcasing the students of Dewey's class, and it is here where viewers learn to appreciate Dewey and all of the characters become loaded with plenty of sophisticated character development.

The School of Rock has a terrific plot, an amazing story and a talented cast that brings it all together. Jack Black is simply marvelous as Dewey Finn, and it feels like this was the role that he was born to play. He brings emotion, passion and plenty of enthusiastic charm to the role to allow the character to come alive. He's entertaining and fun to watch and truly becomes quite the marvel to behold. While there are plenty of other notable roles, especially from the kid actors that helped to bring out the best in them, Jack Black steals the spotlight more often than not. There truly is a reason why the movie received an impressive 91% from Rotten Tomatoes and why an outstanding 94% of Google users liked the movie. It's because the movie is that incredible. 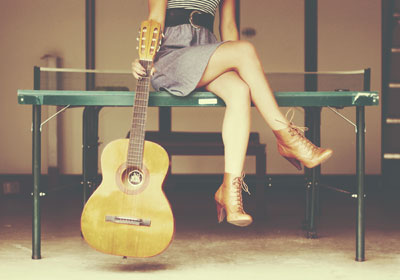 "What? Would you tell Picasso to sell his guitars?" - Dewey Finn