Up is a fantastical animated drama that will be sure to touch audiences' hearts with its passionate and terrifically touching story. The movie revolves around Carl Fredricksen, a balloon salesman, who also just happens to be 78 years old. However, despite his age, Carl is about to fulfill one of the largest dreams of his entire life. In fact, Carl has been hoping to actually be a part of this dream since he was no more than a boy, which was quite a long time ago for Carl. In order to fulfill said dream, Carl ties up thousands of balloons to his house and uses them to lift up his house, and this allows him to fly to the wilderness in South America, which he and his late wife always felt like was the place to be. There are supposedly tons of wild creatures and areas that need to be exploring there, and as an explorer at heart, it shouldn't be that big of a surprise that Carl is willing to do whatever it takes to get there, even going as far as transporting his house. However, while up in the air and already well on his way to South America, Carl soon discovers a little boy named Russell aboard the house. Russell is a boy scout who needs to help Carl to get one last badge, so he managed to wiggle his way into Carl's plans, much to Carl's dismay. With Russell aboard the balloon-powered vehicle, Carl's worst nightmare comes alive and he fears that Russell will be nothing but a nuisance in his attempt to salvage his dream, for both himself and for his late wife as well. As Carl and Russell struggle to find their path in South America, they encounter exotic wild creatures, talking dogs and plenty of hidden secrets that will forever change both of them as they learn to work with one another to survive.

Up proves to be an emotionally engaging epic that will be sure to please audiences with its charismatic characters and concepts, surprisingly meaningful plot and the unsurprising joy that gets conjured. The movie manages to transform into a wickedly delightful adventure that will be sure to spark profound emotion for Carl and Russell, as they struggle immensely to make a dream come true. While things just appear to be silly, especially considering that there is a chunk of a movie that involves flying with balloons, this animation, as per usual with Pixar, manages to impeccably resonate with audiences with its significant messages. From start to finish, the movie deals with getting old and being forced to deal with the natural regret that comes with age. Throughout it all, the concept of how life is out of people's control is brought to life and explored, as Carl and Russell learn to adapt in a world of the unexpected.

Up may be animated, and visually stunning at that, but the characters are more than just a little believable. Carl and Russell come to life in a realistic manner that brings out the heart of everyone, and there is enough of this to cause tears to swell in most watchers' eyes, because the emotional dazzle of this movie comes with plenty of heartfelt charm. Aided by the vivid visuals that come along with all Pixar movies, all of the details of the movie are brought to life with ease to create a truly breathtaking sight.

Up has the rare ability to touch both viewers and critics nearly equally. Rotten Tomatoes gave the movie a high 98%, which is just as impressive as it sounds, and an outstanding 90% of Google users liked the movie, solidifying the concept that this movie is a good fit for just about anyone and everyone.

Up is a fantastic family friendly adventure that will be sure to please with its poignant story and pleasantly dashing plot. Living up to the incredibly high standard set by Pixar, this movie continues the trend of not only creating some of the best animated movies out there, but also one of the most thorough films with a well-written script that can challenge just about any other in the cinematic industry. Without a doubt, this is an instant-classic that is absolutely a must-see. It's that phenomenal. 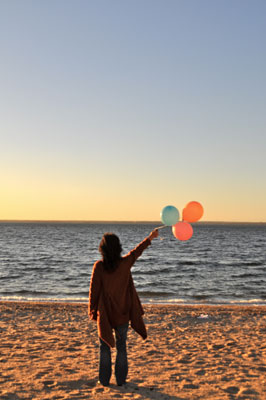 "Hey, I know a joke! A squirrel walks up to a tree and says, "I forgot to store acorns for the winter and now I am dead." Ha! It is funny because the squirrel gets dead!" - Dug (a talking dog)