Don't Even Think About It by Sarah Mlynowski | Teen Ink

Don't Even Think About It by Sarah Mlynowski

After a homeroom of sophomores gets their flu shots, they didn’t expect one side effect: Telepathic powers. Now everyone can hear their friends’ thoughts. And their teachers’ thoughts. Even their parents’! The problem is: How long can they keep the secret that they can read minds? How did a story of “I’”s become “we”?

Seeing the cover and the back of the book, I was a little hesitant. ESP sounds pretty complicated just by its real name (Extrasensory Perception) and I didn’t know how well the author could pull it off. I was amazed at how easy it all sounded in the book. Definitely an A+ for being clear. The only part I didn’t particularly like was the ending, because it was sort of a cliffhanger. I also didn’t like their choices at the end, for which you’ll have to read to find out what they were.

A thing that I did like was the way it was written. It wasn’t in first person, and it wasn’t in third like most books are. Instead, the book refers to the main characters as “we.” Now that they can all read each other’s minds, what’s the point of not calling them a whole?

Another thing I enjoyed was the voice. I say this for a lot of books, but I really mean it. It takes talent to write like someone you’re not. A lot of authors are in their 20’s and 30’s, but they make it sound like a teen. These characters were well-developed, too, which is pretty awesome if you ask me!This book is also a great form of escapism. I don’t think readers can resist thinking about what it would be like if they had telepathy in real life!

Finally, the last thing I want to say is Is there going to be a second book? Since the end was so abrupt, there seems like there is. And what about that cryptic message I found on the top of the last page? “BOBA to come”? Seems like another mystery…

Anyway, I’d recommend this book to anyone who loves realistic fiction with just a bit of mystery. I’d give it a 5 out of 5 stars! 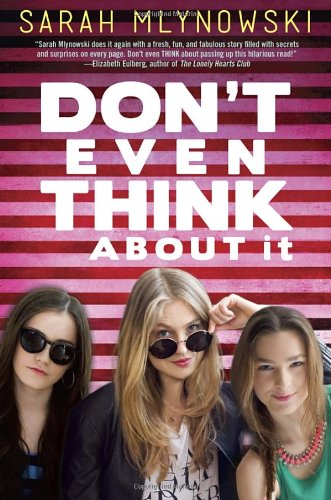