Starry-Eyed by Edited by Ted Michael and Josh Pultz

Whether a person wants to proclaim a talent or not, a vast amount of people are born with a unique gift. Ted Michael and Josh Pultz, editors of a collection sixteen short stories, and real-life anecdotes reveals that even though some people are not likely or willing to shine, good occurrences happen to those who deserve it.

In Starry-Eyed, teenagers tell their stories of overcoming fears, fighting for what they deserve, and letting themselves shine whether it is a school concert or a completion. Talented school students who are actors, singers, and musicians have to face hardships to reach their goals and must battle tough competition. Friendships are tested, enemies go head to head, and fears are faced. Students must make their own dreams a reality.

The way that Ted Michael and Josh Pultz organize this book makes readers feel as if they can accomplish any dream. Not only does Starry-Eyed include sixteen sort stories but also real-life anecdotes from the stars of Modern Family, Glee, and Pretty Little Liars. These short accounts from stars reveal with a lot of hard work dreams can become realties even for “ordinary” people. The best part of this book is that Starry-Eyed is truly relatable.

I highly recommend that young performers and artists read this not only inspiring but thought provoking book after its release in October 2013. 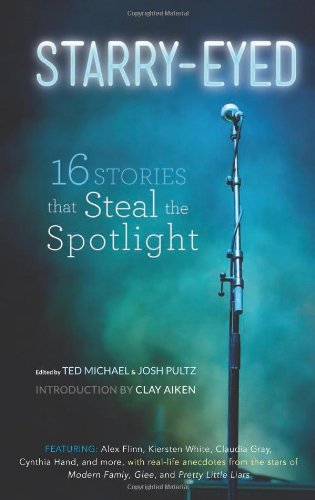