Fame, glory, Hollywood. A neighborhood in Los Angeles, California, this is where stars are born. From the Hard Rock Café, Hollywood Walk of fame, Grauman's Chinese Theatre, to the sign itself, there is always something to do. This is also the place that stars live (and I am not talking about the fireball ones). From music, modeling, acting, you can find them either hiding behind their giant sunglasses on the sidewalks, or posing in front of their favorite restaurant.  With the A-list, B-list, and C-list, celebrities, there is almost more famous people in Hollywood than there are normal.  But is that not what we love about it? If in need of quick fame to get your name out there, grab some sunblock and head west, after all, being so close to some stars you will want some extra protection.

Layla Harrison, New York time reporter. Layla Harrison top reported by the New York Times. Layla Harrison, the current Los Angeles, girl with big dreams of moving east. Layla currently resides on the other side of the cost, but that will not stop her. Her dream of becoming a reporter, and moving to New York City for journalism school, has been her dream, but lacking funds have kept her on the sunny side of the country. Well that and her hunk of a boyfriend Mateo. Gorgeous and total California looking, Layla had no idea what he saw in her, but apparently he did. Layla, to keep up her skills as a journalist, is the writer behind the blog Beautiful Idols, a blog where she *cringes* write about celebrities as one big gossip page. Hating to do this, it is the only way Layla can get noticed until this opportunity appeared as an add on Mateo’s jeep “Promote with Ira Redman’s Unrivaled Nightlife Company this summer for a chance to win an unbelievable cash prize”. Going against Mateo wishes Layla finds herself deep into the night life of Hollywood, learning that celebrities are dirtier than they appear, and how far she is willing to go to win it all.

Tommy is what you expect from a small town boy go big city. From Oklahoma to Hollywood, Tommy wants to become the next hit singer, all he needs is to get noticed. With the skills in voice, Tommy knows all he needs is one shot to make it big. When the opportunity came to promote a night club, Tommy was all in, and was determined even more to win when the person running the clubs was his absent father (who did not know Tommy was his son as he left his pregnant girlfriend). During the first meeting Tommy tries to stick up a friendship with Layla, whom imminently told him to back off. Aster was the other girl that Tommy met, who had a similar reaction to him. Aster was beautiful, stunningly beautiful, with her Persian looks, she was told may times that where she looked ethic, was not the type of ethic they were looking for. Determine to do everything and do anyone to get into top place, Aster is the competition to beat. The constant ran that they had to get a certain head count for their club per week, the more A-list celebrities you can get in, the better your chances, the top being Madison Brooks, Hollywood current it girl. If you do not pull your weight, Ira will cut you off, as he wanted to be dazzled, but not by the same thing twice. Our trio goes head to head in this furious completion, showing that each of them would do anything to allow them to win.

Alyson Noel had a good plot going, and a great story, as long if it did not have Layla, Aster, or even Tommy in it, it could have been a giant hit.  The plot had great detail in it, along with the idea of teenagers running night clubs was different, but the three main characters just made you want to rip your eyes out. Let’s start with the least bad character: Tommy. Small town boy with big dreams, he had potential to be a nice guy. Sadly, that potential, as after a few chapters with him made you want to slap him. After learning that Layla had a boyfriend, he still went after her (a trait in guys that many girls do not like), to opening up his night club for kids as young as eighteen, only allowing those with the black wrist bands (which he gave out) to drink (legal drinking age is twenty-one). Aster was the character you hated only a bit more than Tommy, because where Tommy did care about other things, Aster only cared about her name and getting it on everyone’s lips. What she was willing to do? Well, anyone a girl with her looks could get noticed. Layla, was the far worst character in the entire series. She was rude, cruel, and lies to Mateo, the one person who only want to see her happy. Lying to him about the competition, she goes behind everything Mateo believes in just to get her name out there. This girl does not make you feel sorry for her as she runs over anyone that have even the potential to slow her down. These celebrity hungry teens are willing to do anything to get on top, and where their hands might not be the cleanest. 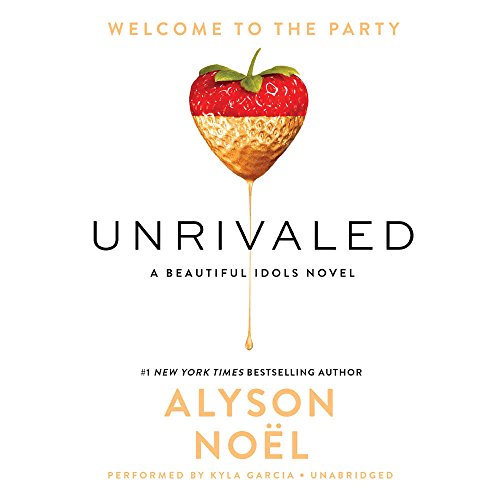 With the A-list, B-list, and C-list, celebrities, there is almost more famous people in Hollywood than there are normal.