I Know Why the Caged Bird Sings by Maya Angelou

There is no greater agony than bearing an untold story inside you, writes Maya Angelou, née Marguerite Johnson, in a story of her youth. And so the caged bird sings. Beginning with her childhood, living with her grandmother and brother in the small town of Stamps, Angelou wonders why her beautiful mother and father chose to do away with their children at such an early age. And as her understanding of the world matures, Angelou realizes the harsh division between Blacks, whites, and the “powhitetrash” of the town, as well as the price of silence, when an older man feeds off her eight-year-old self visiting her mother in St. Louis.

Gavottes, musettes, allegros: there are many tunes a songbird may sing, and Angelou covers the concert repertoire. Her book is all-encompassing, lavishly detailed from a young age, when her religiously justified grandmother and “dear brother” Bailey are the mountains in her life. There are endless things to dissect academically--the novel is rife with symbols, metaphors, and the pure poetry of her words--but I read it as a good book. You might read the back cover and think it to be only about the injustices of racism; the horrors of sexual harassment; or the abuse faced by neglected children. But the novel is all of those at once, and so much more; in the simplest of terms, it’s Angelou’s coming of age.

Her voice is true and reverent, unquestionably American. There is a poetry in her voice that betrays a distinctly beautiful way of thinking. Her story--which manifests itself in the most extraordinary of circumstances--appears examined with a much older lens, equally influenced by the greatest glory and strongest sorrow.

At times, admittedly, I found the writing a bit harsh. As Angelou’s experiences at adolescence teach her to act like a second class citizen, she responds with fire and powder, discovering a pride for her race, the capitalized Blacks, and a hate for whites. It serves as a reminder about how recently our country was filled with an open-faced bigotry, as examples from Angelou’s past demonstrates, when people talked down to your face and you were filled with physical hate. Today, it seems, the heat resides in faceless snippets and texts, simmering below a caul of political correctness.

Angelou’s story demands to be told. And now that the cage has been broken, the wires are no more. Her personal account from ages three to sixteen yield memories like jewels, often as sharp and piercing as they are vividly beautiful. It will remain a classic for its scope and gravity; its force and soul. The caged bird has taken flight. 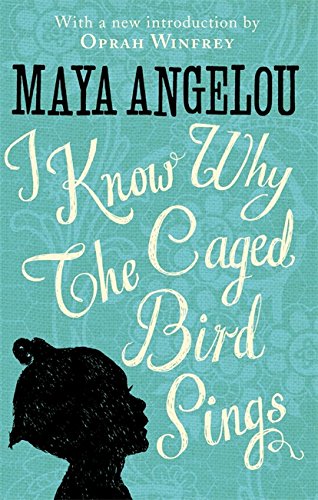