Europe is known as one of the most beautiful places on Earth. With its many countries, so close together, its rich history and amazing architecture. It is in Europe that human life had sprung into a modern world, where wars and deaths have taken place. Some of us may live in Europe, others it is a travel destination, but for most it is a place where you dream of catching a flight and going someday. Where in 2017 Europe might be the it place to be, in 1950s, it was a place many were fleeing. From the death of Hitler to the rise of Stalin, if you were against communism you were shot on sight. Some countries were and rebelled against the Soviet’s rule, creating revolutions across Europe.

Robert is at the grand age of 9.7 (they have just learned decimals in school). His older brother, Attila (13.4 years old), his mother (Lili), his father (Simon), and his grandmother (Klari), all live in a townhouse in Hungary. It was on October 24, 1956 when the Russians came to their house and told them they were to leave and never return. Not knowing what was truly going on Robert followed his family to the train station and left the country he was born in. Where Lili wanted to stay in Paris with Klari’s sister, Simon had other plans, determining to take his children out west to Canada. Along the way Robert sticks by the side of Attila, who asks too many questions, questions everything in life, and is determined to find out the truths for every single one of life’s mysteries.

For those who do not know history (or did not Wikipedia it up) Joseph Kertes wrote this story during the Hungarian Revolution, which started on October 23, 1956 and ended on November 10, 1956. This book gives you a cultural taste as the Beck family travels across Europe as they flee from the Russians. A fascination factor is that although Kertes wrote this book in English, the characters are speaking Hungarian the whole time, where others around them spoke Russian, French and hundreds of other languages. The story also takes in the factor of what historical events are going on around them, as Hitler has been mention quite frequently when talking about past events, and Robert was raised to call Joseph Stalin, Papa Stalin. “You can’t have Handel without Hitler”. This quote along with this one: “You need that darkness – a few drops of darkness – to brighten the light” really tells how the people survived in these times. That yes the wars and deaths were going on around them, there were still some light and happiness around them. Kertes had an good writing style for this book, although it was confectioning at times, had an interesting historical plot that kept up with the times. Definitely a book read if you are looking for a cultural (as well as time) difference, or need a book to do a school paper on. 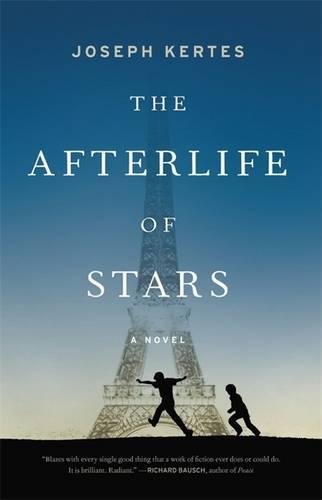 A great story for a history paper!