A century ago, private schools were not such a rare thing – they were actually the only schools around. Parents would send their sons off to an all-boy’s academy, and their little girls off to finishing school. Normally located in some big city (like London or Paris) the schools were full of students who would be away from their parents for years. You’d think forgetting about the child might be easy for the parent, if it weren’t for the monthly bill arriving with a hefty price attached. These parents could afford it though – after all, only rich children could get an education. The middle class went straight to work, and the poor, well their children were alone, begging on the street or sitting in rags starving and freezing to death.

Sara and her father, Captain Crewe, lived in India ever since Sara was born. He was a businessman, trading in anything and everything that beautiful India could provide to other countries. Tragically, Sara’s mother died giving birth; though the Captain loved his wife, he loved Sara even more. Sara was quite wise for her age and kept better care of her father than he did of her. Sara spent her days reading and talking to him, never wanting to leave his side. But, Captain Crewe has a different future in mind for his “Little Missus” (his nickname for her). Bundling her up in expensive furs and dressing her in feathered hats, he sends her off to Miss Minchin’s Select Seminary for Young Ladies. At seven years old, Sara finds herself among peers, and although she was the best mannered, smartest and richest of them all, Sara finds faith in the lower class members of the school and deals with bullies, all the while reminding herself that she is a princess on the inside, and shall act as a princess does, even when life is hard.

Frances Hodgson Burnett characterizes Sara as an amazing child filled with knowledge beyond her years. Sara fills your heart with joy at her unnecessary kindness, imagination, and her trust in everyone. Burnett first published this novel in 1905, and although it has been republished again and again, the old English still sticks. Using words like “queer” to describe odd things, Sara tells you about her world of fireplaces in every room, candle light at night, and horses in the streets. At some moments, the story becomes dull, only describing Sara’s actions without much else.

The novel was written for a young audience, but it addresses important issues like making friends with not-so-popular children, and never letting money or power dictate choices. Burnett, who died in Plandome, New York in 1924 will always be remembered for her work, and for showing that no matter how smart, pretty, or different, every little girl can be a princess – at least on the inside. 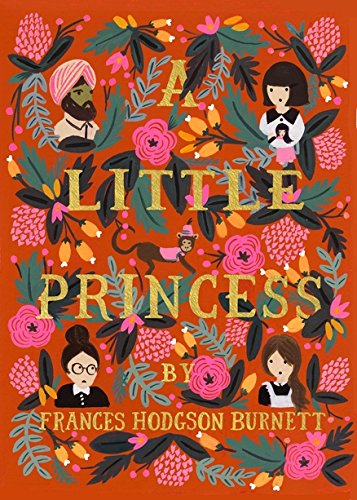 Every girl is a princess on the inside