Ah, spring break! It is the week long break during the spring that every student lives for. Unlike fall term when you have Thanksgiving and Christmas break, the only thing during spring term that separates school from, well, school, is that beautiful spring break! Sure some may call it “reading week” a week off so that you can study and start making cue cards for finals, but most (or at least the rich ones) travel to forget about school. For our seniors that is the plan as they trade in their textbooks for snow boots, as they hit the slopes, and bring all their New York troubles to Sun Valley.

Shall we start with the boys this time? Nate is with Georgie, the drug addicted princess that he met in rehab, and had fallen for. Where Nate may be head over heels for her, he soon realizes he knows nothing about her. When they arrive at Georgie’s Sun Valley cottage, Nate is less than pleased when Chuck is there, along with the entire Dutch Olympic Snowboarding team. Determined to get it on with Georgina, Nate realizes she’s crazier than he thought, as he tries to keep her alive, while seeing his crazy ex Blair, and beautiful best friend Serena, having the times of their life.

Well Nate was not wrong as he watch Blair and Serena strut around Sun Valley in their glory, but having a fun time, they were not. Serena was there to have fun, hang out with her older brother Erik, and just enjoy herself. But Blair was there for a mission, and like any other virgin girl, Blair was determined to lose her to someone she has known all her life: Erik. With one goal in mind, making Nate jealousy was just a happy accident, as Blair tries her hardest to make Erik see her as a woman, and not as his kid sister best friend. Let’s just say she did not have to try too hard. Serena tries to ignore her friend and her brother, decided to bring out her wild side, with an old friend she met at boarding school, which took a deadly turn.

Cecily von Ziegesar is the queen of writing a teenage trash novel. Five books in and the characters are still not as developed as one would like them to be. Blair is still obsessing with Yale and her virginity, Serena the crazy party girl, Nate the hornist male on the planet, and Chuck just causing mayhem wherever he goes. It is no wonder all the crazy things that happen to them, as they are the ones who plan it out. The only good thing about this story is you get to see more into Vanessa’s life as her parents come to town for a visit. They explain a lot of the reasons why Vanessa is the way she is. With (hopefully) university acceptances in the mail, our seniors are done with school, and are waiting for that one big party that is going to take them all the way to graduation. 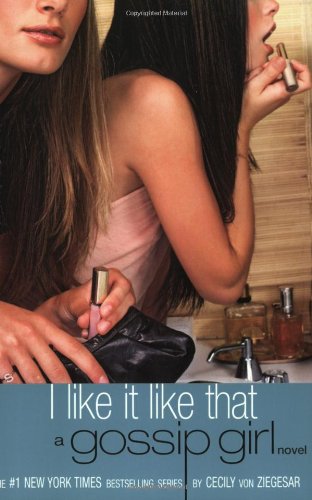 Count down to graduation is on!