Our world has old magic in it. Deep in the core, the magic is not seen in everyday life. Some can draw the magic from it, these are the children of the scrolls. Sets of three siblings have matching back tattoos that can be used to open a portal to another world. These children are hunted, most killed young by a group of Knights. But for the first few years the children are safe, as the markings do not show until the age of five to six. The parents are not informed of this at all, making several doctor’s visit, or believe a strange but a religious member put these strange tattoos on the children. These children might find out the meaning of the tattoos, try to use them, or find surviving members of an early generation of children as the set of three is redone every twenty years. For Cedric and his friends, it is up to them to find these children as they are their only way home.

Cedric is the prince of Caelum, soon to be king once his father's deemed him ready. With his little sister, Emmeline (Emme) looking up to him, his father pride, and the affection from his betroth wife Kat, Cedric life was nearly perfect. Or it was until the wraths invaded lead by their human leader Malquin. They stormed the castle, forcing the royal parents in prison, causing Cedric, Kat and their friend Merek to flee by the portal to another world. Stuck in this strange place it is up to Cedric to act like a leader, and lead his friends through this hell they landed in. Cedric has to deal with personal struggles, from his leadership, to hard decisions making. The hardest of all to pretend to have no feelings for the girl who stole his heart.

Olivia (Liv) Phillips dreamed of becoming the next big female director. Bouncing from foster home to foster home, she pretty much raised herself, and had no fear dealing with the challenges facing her. Her other two siblings: Peter and Maisy, lost contact with her after their social care worker Joe had to split them up after the fire destroyed their home killing both their parents. Liv, who felt responsible for the fire, never made contact or reached out to her siblings as she did not know what to tell them. Liv whole life change when three figures in white suites appeared on the bridge during one of her filming sessions. One of these figures dropped a prop (which turned out to be a real sword) in their fleeing of the area. When giving it the museum, Liv finds these strangers and find out they are from Caelum, a world connected to hers. Their names were: Cedric (who was the owner of the sword), Kat and Merek. Liv did not believe these strangers, but after being attacked by a wrath, and being saved by Cedric, she realizes they are telling the truth. Relying on her best friend Shannon, Liv’s life is turned upside down as she was no longer just the foster children wanting to make it big, but was a part of a whole other network. Liv would be the key to Cedric’s way home, but even a bigger key reason on why he might want to stay.

Lindsey Klingele did a fantastic job on her first ever publishes novel. Liv was a lovable character who spoke like she felt, never hiding her feelings from anyone, especially from Cedric. Cedric on the other hand was a statue, never showing his emotions. They only time Cedric came alive was with either Kat or Liv. The story was in two points of view: Liv and Cedric. Where the story was mainly in Liv point of view, the times with Cedric made his thoughts and feelings so real, it was like he was standing in front of you, debating between his home and responsibilities, vs. his love for this new world and feelings towards Liv. The first in the series, we are not done with Liv and Cedric, and their quest to return things to their proper order. 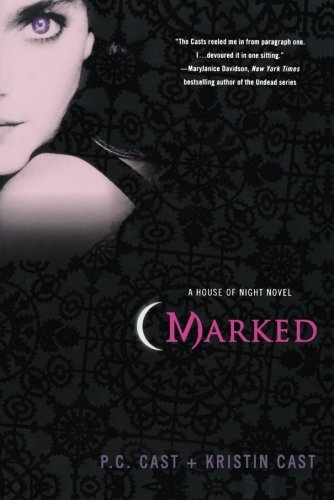