Books can be an exciting way to disappear from your ordinary life. From reading a book about robbers in the desert in your local coffee shop, to learning about space travel on the morning bus to an office job. People love to escape in books, from old classics, to books that are written today. Books can be an expensive hobby when you are buying them all new in hardcover, or inexpensive if you go to use book stores or the library and “rent” the story. Some wish to live between the covers of their favourite story, but given the option, would you truly do it?


It had been three months since Mo and Resa disappeared to follow their daughter into the Inkworld. Elinor is losing her mind at her home, which feels much bigger than before. Elinor got used to living with Mo, Resa and Meggie, but with them gone, her books do not cut it anymore. Elinor begs Darius to give the reading a try, but he does not budge, after all his talent has not been used for good in years, and no matter how crabby Elinor gets, Darius would not read. Elinor is determined to find a way to get to her family, into a book she loves and hated so much.


Mo has taken the world of the Bluejay into his heart and soul. Even his wife Resa could not tell where her husband started and where the Bluejay ended. With a child on the way (a son), Resa is worried for her husband safety, wondering if when the boy is born will he even have a father? Ombra was taken by the Adderhead puny brother in law the Milksop, who spends his day hunting the strange animals Orpheus reads out for him. Orpheus who was supposed to be Fenoglio apprentice, decided a new life as the richest merchant who was a prince in his old land. Fenoglio cannot stand the man as he sends Farid over all the time asking questions like “is death a male or female?”, “can the white women be commanded to appear?” and so on. Farid works as a servant for Orpheus as he promises to bring Dustfinger back from the dead. Farid isn’t even allow seeing his body as Roxane hates him, and so does her daughter Brianna, blaming Dustfinger’s dark skinned son for his death. The lands of Ombra is filled with boys pretending to be men, and women trying to make enough money to fill the mouths of their starving children. Yet the Milksop doesn’t care, all he wants to do is be merry and catch the Bluejay.

The Adderhead is growing weaker every day, since Mo cursed the white book to slowly kill him, with no other bookbinder being able to cure it. Mo has to go in hiding or otherwise get killed. With Mo on the hunt, Resa would do anything to be sent back home, to Elinor’s house where her husband was not a robber but a bookbinder. Resa went to Fenolio who would not help her, to Orpheus who demanded a price Resa was not willing to pay, but Mo was. He had to summon the White Women, who at one point had already touched his heart. Orpheus wanted to talk to them about Dustfinger and use the Bluejay as a trade for the Fire-Dancer. It does not work in the way Orpheus wanted, but death took the Bluejay and made a deal. Death was angry that Mo made a book that would stop her from killing the Adderhead. Death gave Mo a deal; She’ll let the Fire-Dance and him live for as long as their mortal lives let them in exchange that Mo will write the three words to kill the Adderhead. Yet if he fails the White Women would come for Dustfinger, Mo and Meggie. “How can you ask for two lives in return for one?” Was Mo response, never less he made the deal, hopping if the time came Meggie would be in her own world before the White Women got her.

Meggie spends her time fearing for her father, getting to cold shoulder form Farid who loves her, yet he loves Dustfinger way more than her. Meggie meets another boy named Doria, who captures her heart in a different way than Farid did. Meggie spends her time worrying for two boys, where her first love was Farid, her heart beats so much faster for someone else.

Cornelia Funke had so many story lines in this story it will hurt your head, but leave your heart whole as she wraps it all up in a nice pretty bow. The story spends most time divided into three parts: Mo with his crew, Resa and the Strong Man trying to get to Mo, and Meggie who spends her time at the robber’s camp worrying about Farid and Doria. The story had a lot of foreshadowing in it as Fenolio tells a compelling story about Doria, another character he wrote a story about who had a wife that came from a faraway land. The characters had developed fully with Mo who spent the book battling with who he was: Mo the bookbinder, or the Bluejay, because no matter how hard he wished he couldn’t be both. Meggie developed into a strong young women who can fight for herself but still looks up to her father as a hero. My favorite part of the story is Dustfinger. Like Orpheus, Dustfinger was always my favorite character, a cowardly man who got the hottest girl, yet the best Fire-Dancer around. Death has change him, leaving the cowardly man behind, given a cool headed man who still feels love. Throughout the series Dustfinger love for Farid wasn’t clear, it was obvious that he does, yet it wasn’t written out the way he loved Roxane. Near the end of the book it gave me my favorite passage: “Farid. He’d ask the fire to write that name in his heart as well. Roxane. Brianna. Farid. And Gwin, of course.” Which is why it made me so mad on how Roxane and Brianna treated Farid, because he was surfing as much as they were, yet more because he had no one else. Sure Roxane believed Farid was the son of another women Dustfinger loved, yet wouldn’t she treat Farid as a son if Dustfinger did out of her love for him? Apparently not. Where the book was around seven hundred pages long the story was fast pace and inserting giving you a satisfying end to the trilogy. 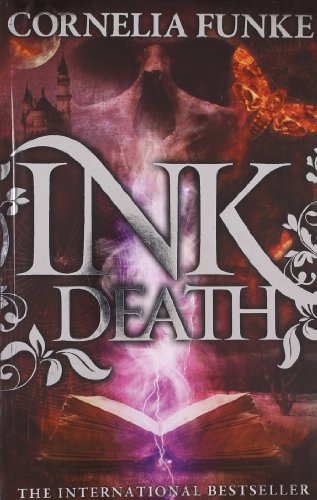 A magical world you wished you lived in!