Pride and Prejudice by Jane Austen

Favorite Quote:
Whatever you are, be a good one.
-Abraham Lincoln

I don't know what I expected when I began Pride and Prejudice by Jane Austen.
I'd heard many conflicting ideas on it, that boiled down to; it was a brilliant work of art, or it was boring and stuffy—so I started reading this book with some trepidation.
But from the first line "It is a truth universally acknowledged, that a single man in possession of a good fortune, must be in want of a wife.", I knew it wasn't going to be stiff and boring—it was going to be a very entertaining book.
I did not expect (gathering my knowledge from the above debates) such a humorous and understandable story. It's subtlety is remarkable—you don't notice that you're being shown how to feel, and you don't have to think about how you should be feeling when you read—you can just flow with the story, and sympathize with the characters. Yet once you pause you can displace yourself enough to realize that the protagonist (Elizabeth Bennet) isn't a completely trustworthy narrator. You learn with her from her mistakes, feeling all of the shame when she realizes she has dealt unwisely—whether you are imagining yourself in the situation, or reflecting back on a period in your own interactions with someone. I think one of the reasons it's such a beloved book by many is because it's so understandable, and human. Jane Austen put into words what we ourselves think in our hearts. With the lovely, graceful flow of the words, the most rude, intolerable, innermost thoughts are put down in a way that we can laugh at them, but more out of joyful relief of being understood, because we recognize these thoughts as our own.
I love the fact that this book can be taken in so many different interpretations, and if you have the mind to, you can be satisfied with almost all of them. There doesn't seem to be a set way to think about this book, and though you could say it has an outright moral, it doesn't, really. But then again, maybe that's not true. Maybe it was written to caution girls against falling in love with soldiers. Or maybe (one of my favorite expressions of this being in the beginning of Chapter 50) it's to make sure they save enough money if they want an expensive wedding. Or perhaps it was to make sure we knew that there was a significant amount of letters sent to relations back then, and that teenagers should take heart, because all the emails and texts are doing essentially the same thing! Or not.
What I liked the least was the sudden introduction of so many names at the start, and since I wasn't in the old English mode, it took a while for the actual enjoyment of the story to take place, but after that hurdle, it was pretty much smooth sailing.
I don't believe in love at first sight.
I have discovered that when I first met the boys whose companionship I appreciate the most, they appeared completely disagreeable. However, after I have spent more time with them (very unwillingly), they begin to grow on me, and then I think back to what they used to appear to be, and I can hardly tolerate myself for seeing them in such a bitter and unsympathetic light. This is exactly how Elizabeth's interaction is with the completely disagreeable Mr. Darcy.
The reverse of this is perhaps her acquaintance with Mr. Wickham, who has all the charms and outward appearance of an amiable, likable man, but who turns out to be far more conceited than the loathed Mr. Darcy. This shows a perfect example of how convoluted it can be to label people, and the dangers of it. We are to judge—and not to judge. Pride and Prejudice lives up to it's name.
If you're going to read it, make sure you're going to do it right. This is one of those books that I think has the most impact the first time, at least in order to be feeling what Elizabeth is feeling with the most sympathy. After you know the plot, it just doesn't have the same impact the second time as it did the first time when it was such a surprise when Mr. Darcy ran up to Elizabeth and…
I think this would also be a valuable help for just learning what words were used in that time period and how they were put together, and I think that it would be very fun to get it as an audiobook and just listen to the words, and not necessarily what they mean. I love the melodic, graceful flow of the British words, and though I didn't understand much of those other old English books, like The Scarlet Letter, I loved how the words just fit.
You have to come up with your own opinion of this story, but as for me, I'm joining the "brilliant work of art" category. 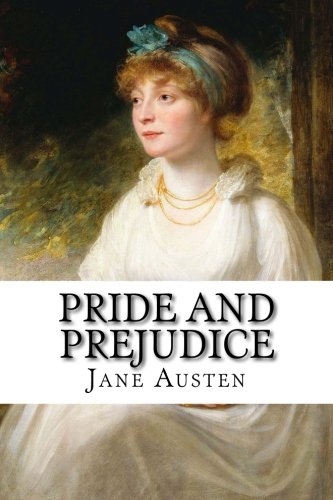 Previous Next
Reviews
Lord Loss
By Zeke Wald
San Francisco, CA
Reviews
Teacher Man
By Jon Stuckert
Spring Valley, IL
Reviews
the dark is rising
By Jon Saiget
Portland, OR
Reviews
Eclipse
By Ramsey Schatz
Portland, OR
Reviews
One of The Hideous Books Where the Mother Dies
By Mika Brannan
Kasson, MN
Reviews
Where the Heart Is
By Brittany Hustead
Custer, WA