Homecoming (The Hundred #3) by Kass Morgan

Earth is a hard place to live. From the climate, to the other creatures, the planet can be one big death trap to an ill prepared survivor.  So why do we call this death trap of a planet home? Easy because we were meant to survive it. From our physical capabilities, our capacity to learn, even our instincts was meant not only to survive but to thrive on the planet.  Weather we were born on this planet, or not, the human part of us knows that the earth is home, and that our bodies can survive it.

The rest of the Colony have decedent to Earth. Or well the lucky ones. Due to the hurried evacuation, only the ones who pushed their way through made it to Earth.  The rest was left to die on the Colony, as the oxygen supply steadily decreases. Glass and Luke (after making up once again) are happy that they made it onto the drop ship, and survived the crash landing to earth. Unfortunately the Chancellor did not make it onto the ships, but the Vice Chancellor did. Wells is saddened by the loss of his father, and has to struggle to maintain his authority despite the presence of the Vice Chancellor and his armed guards. Clark urges Bellamy to hide, as the only reason why he got to earth was holding the Chancellor hostage, and getting him shot. Because Bellamy is stubborn, he doesn’t listen to Clark and makes his presidents known to the Vice Chancellor. Due to his actions he almost gets Clark, Wells, and himself killed. With a new powerhouse (Vice Chancellor) in the area the original hundred has to fight amongst themselves as well are the “bad” Earthborns who aren’t going to stay hidden any longer.

Kass Morgan did an okay job in the final book of The Hundred trilogy. Everything was the same writing wise as the other books (good character development, writing style, fast pace) but it didn’t feel like the final book. Many of the bigger questions were thrown in at the end, making it seem rushed and not prepared well. Other big events (like the fact Wells and Bellamy are brothers) never really played into effects. It was like it was one big fact you found out in one book, and it doesn’t affect the story line in anyway, as it is just a fact. I truly did want to see Bellamy meet his and Wells farther, but it seemed that the only time, Kass Morgan brought up the Chancellor was in the past. I was very disappointed on how this book turned out, but even if Kass Morgan did rush it, she did answer all the unanswered questions, giving everyone a better start on their new home. 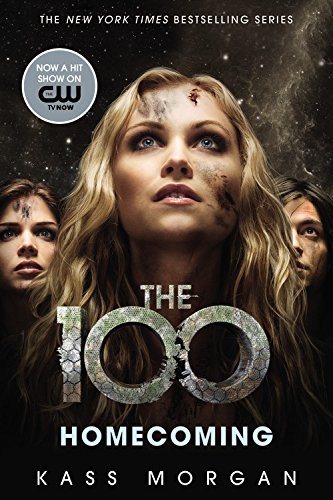 A thrilling end for the series!