Identical twins occur when a single fertilized egg splits into two. Identical twins look almost exactly alike and share the exact same genes. These are what you hope for as a parent, you can dress them up the same, have big birthday parties, and have the cutest family photos ever. As the twin you might feel differently, as one may be smarter, or more athletic than the other. They could always be butting heads, or become the best as friends. For the lower class citizens, who could barely afford one, how can they afford two? Easily, they give one away. So what happens to the one they gave away? What happens to the one they keep? And what if, they one day meet? For Emma and Sutton this is exactly what happened.

Emma was a foster kid. After her mother, Becky, left her at age five, Emma has been moving around from foster home, to foster home. All her life she only wanted a family, and a loving home to go to each night. One night with her new foster parent’s house her “brother” showed her a video of her being snuffed. Except that wasn’t her, it was just someone who looked like her. Freaked out Emma did some internet work and found out that “girl” was actually Sutton Mercer, who lives in Arizona. With one quick Facebook message, Emma was off the next morning to meet Sutton. When Emma got there she was drafted by Sutton’s friend who mistaken her for Sutton. Emma played along, hoping that along the way Emma would find Sutton along the way. The next morning she received a note “Sutton dead. Keep playing or you’ll be next.” Emma was sacred, knowing that her twin is dead, and someone very close to her was the killer.

Sutton, woke up in a storage room, with a girl who looks exactly like her, casually drying her hair after a shower. Yelling the girl didn’t seem to notice Sutton. As the girl leaves the room, Sutton was pulled by an invisible string forcing her to follow the girl. Sutton later learns that the girl was named Emma, and that she was dead. Other than that, that’s all Sutton knows. During conversation Emma has, Sutton is pulled into a memory, revealing parts of her past. Sutton learns that she was not a nice person, but was she really that mean to be killed for it?

Sara Shepard is known for her Pretty Little Liars series, but this novel beats the entire series by a landslide. Not only was it fast pace and interesting, but it kept the thriller motion as Emma has to fake her way around Sutton’s life. With Emma is questioning everyone Sutton knew, and Sutton being pulled along, she and Emma, separately started piecing together who Sutton Mercer really was. There was even a little dash of romance as Emma deals with Sutton’s boyfriend, while also finding someone special for herself, you get to see a little flirting. With this being the first book, I’m excited to see what dark turn Sara Shepard will take this book next. 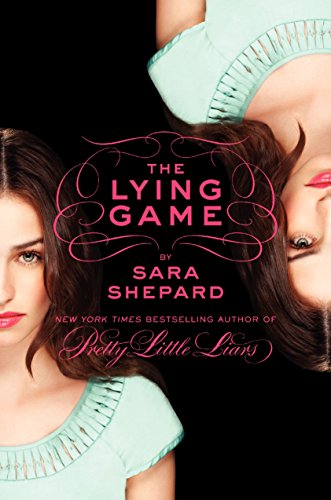 What will Emma do next?