A Monster Calls by Patrick Ness

A Monster Calls, written by Patrick Ness, is based on a story idea by Siobhan Dowd, who tragically died before she could write it. It is also lovingly realized, particularly in hardcover, with unsettling but beautiful illustrations by Jim Kay.


With pictures and large font, you might expect this to be a read-aloud, enchanting children’s story. However, A Monster Calls is just as much for parents as it is for children, and contains an important life lesson. It’s also a real tearjerker, which might make reading it aloud quite difficult.


The story follows a boy named Conor whose mother is undergoing cancer treatment. Since her diagnosis, his parents, teachers, and classmates have treated him differently, and he has experienced a whirlwind of feelings that he tries to keep to himself. He is also the victim of nightmares and has been visited by a mysterious monster whose presence only he seems to be privy to.


The monster himself amounts to magical realism and is not explained away by the text, which is a technique I personally like. The stories he tells Conor are not the typical tales, filled instead with gray morality and unhappy endings that children begin to realize are part of the real world as they grow up. As the story reaches its close, layers of Conor are peeled away and the monster teaches him about the contradiction of raw, human feelings and that anger and guilt are valid, necessary emotions.

But this story also has a worthwhile lesson for adults as well, something parents might be afraid to believe and confront: that it is best to be honest with your children no matter how painful the truth may be, because your children are capable of more than you realize. This is a little book of truths about the world, and it is those relatable realizations of the human condition and inevitable hardships that make it so sad, rather than cheap tricks meant to force an emotion. A Monster Calls has definitely become one of my favorite books and a story I'll treasure and look back to for years to come. 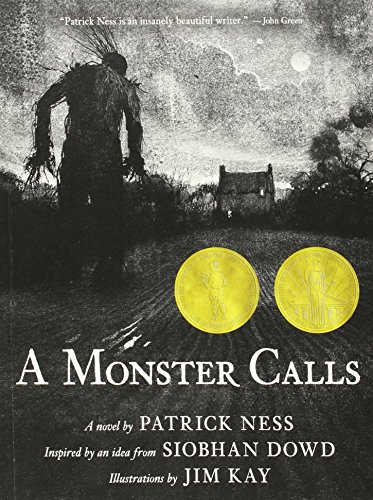