Between Shades of Gray by Ruta Sepetys | Teen Ink

Between Shades of Gray by Ruta Sepetys

Between Shades of Gray, Ruta Sepetys's debut novel, tells the lesser-known story of Stalin's purge of the newly-created Baltic states during World War II through the eyes of fifteen-year-old Lina, a Lithuanian. At the start of the novel, Lina’s family is taken away into Russia for reasons they are unaware of. Separated from Papa, Lina, her brother, and their mother must survive hard labor, food rations, and the Siberian winter.


Sepetys wrote the novel because her father was a Lithuanian refugee and escaped such terror. Sadly, due to the subsequent Cold War, the stories of the victims were not heard much at all in the Western World. Sepetys is very true to the historical context, exposing without judgement the compromises people had to make under the difficult circumstances, such as sleeping with a Russian or becoming a soldier. The sexual harassment endured by the captives is also handled with maturity.


The writing style is simple but poignant, allowing the emotions of the characters to feel organic as they struggle to survive together. Various flashbacks to Lina’s past in Lithuania give a glimpse to how the world changed when the USSR took over and were a worthwile inclusion to the story. Lina is a gifted artist, which comes through in how she views others and how she expresses her thoughts on the situation that surrounds her. She relates to the visceral works of Edvard Munch and sees a Russian soldier that disturbs her with snakes around his head, for example. This added imagery aided in understanding Lina's psyche without becoming too overdone.

Lina’s mother was personally my favorite character because she was so admirable. She shielded her children as much as possible from the bleak possibilities of what could happen and helped maintain order among a group of Lithuanians who were not always so optimistic. Furthermore, she was fierce in protecting her children and was willing to sacrifice her own ration of bread for their safety.


Though I admire many of the technical aspects as well as the historical significance of the subject matter, Between Shades of Gray was not particularly gripping or left much of a lasting effect for me personally. The plot consists of little more than a journey and various hardships, and while the epilogue does allow for some closure there was not too much that was unpredictable. It is simply not a favorite book of mine. However, it is a story I highly recommend reading because it is lovingly written and important. It was definitely worth the experience. 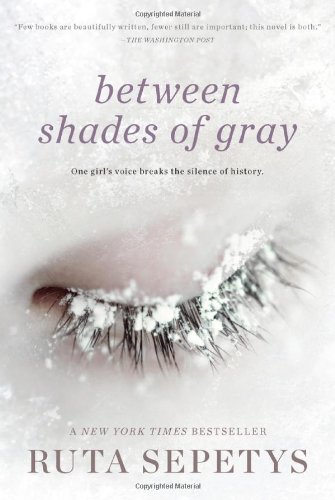