Redeemed (House of Night, #12) by P.C Cast and Kristin Cast

Zoey Redbird is one of the most promising fledgling the world has even seen. She has been gifted with the ability to control all five elements, Old Magick, and had face to face talks with their goddess. The series reveled quickly that Neferet, High Priestess of Tulsa House of Night, would be Zoey’s enemy. Zoey and Neferet butted heads throughout the series, all leading up to the final battle in this book. At the end of Redeemed, you will get to see if light or darkness wins the final battle between Zoey and Neferet.

Zoey was in a bad place at the end of Revealed (the eleventh book), as she let Old Magick used her, channeling all her anger at two guys looking for a quick buck. Yet because of detective Marx, Zoey got herself together to hear the news about Neferet. Yes, Neferet was able to piece herself together by mass murder in a church. After that she was able to take over the Mayo as her temple, trapping everyone in it. When Zoey found out about this she was sicken, but also relieved that Neferet finally reveled to the world who she truly was. Sadly for Zoey and her group the High Council has no interests in helping out; instead they cut Tulsa out of their control leaving Zoey to face Neferet alone. Thanatos stays with Zoey’s group, determined to take down Neferet once and for all. This book is filled with unexpected and expected deaths, more than any other book in this series.

P.C Cast and Kristin Cast and done this series! Finally after twelve books they put Zoey and her group in a good place and were able to leave them alone. The ending was good, although I found the final battle to be lame, as they built it up so much, to have it only be a few pages long. The ending was predictable, but at least it was a happy one. I am glad to say that I have finished this series, and although it wasn't the best at times, the ending made up for it all. 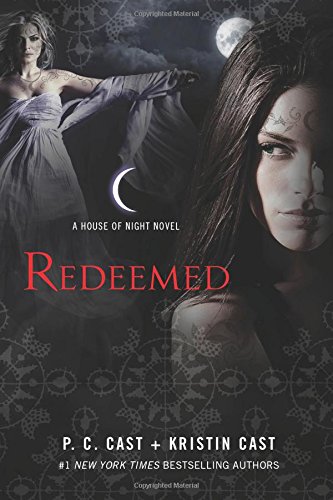 The end at last!