Revealed (House of Night #11) by P.C Cast and Kristin Cast

Zoey is not what you call a heroine. Heroines are supposed to be a woman admired or idealized for her courage, outstanding achievements, or noble qualities. Zoey on the other hand is an average teenager girl, with too much anger issues, who never asks for help (even when she really needs it), and above all cannot seem to resist falling in love with every guy who gives her a second look. This has been her tale of woes, and in this book, it isn’t getting any shorter.

Zoey is confused of the whole Aurox/Heath issue. In her defence who wouldn’t? Her human lover since forever died, and came back as half the soul of Aurox a vessel created from darkness, which got the energy by killing her mother. For Zoey, who just got over crying every day because of Heath, Aurox is a lot to take in. The worst part of it is that Aurox loves Zoey, and random little bits of Heath comes out of him, stabbing Zoey in the heart. Stark is not that impress with Aurox, and because overtly possessive of her when he’s around. This causes Zoey (who is an independent female, and don’t need no man) to push her warrior away. While that is going on another tragedy hits the school causing Zoey’s group to move back into the school facing head on with Dallas’s group. Zoey is faced with her biggest problems yet, but without a clear head or path, things could get rocky.
P.C Cast and Kristin Cast what are you doing to poor Zoey? First they gave her possessive Erik, needy Heath, and now Stark is truing possessive? Doesn’t Stark know when Erik starting objectifying her, she gave him the boot? It seem keeping Zoey is less for love, but more for status in Stark eye. I know he loves her, so in the next (and final) book can we see more of the undying love and not the booty grabbing teenage flings? Also do you know what a prolog is? A prolog is the begging part of a story that gives us a little background to the story. A prolog is not the place to kill someone. Got it? Because to kill someone off in the prolog is not what that’s there for. Plus why is there a prolog in book eleven, there is not background you need to tell us about. The story itself progresses so you know what the last book is about. Other than that and seeing Zoey let her anger get the best of her; there is no point to the story. 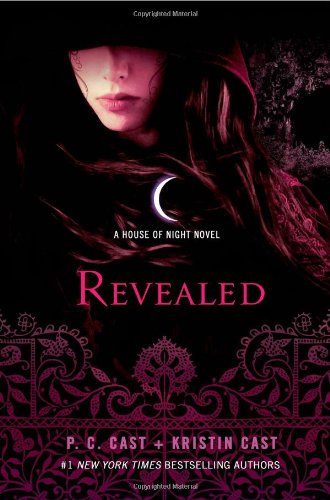