Las Vegas, a town in the middle of the desert, a place where people win and lose millions of dollars. A town where casinos are open 24/7, alcohol is allowed on the streets, and it is on everyone’s bucket list on places to go. Where Las Vegas is a place for tourists, people live there too. Some have normal jobs, leading formal lives for them and their family. Others live there in hope to strike big, or regain their wealth that they have already lost. For Piper, well she’s there for a whole other reason.

Piper mother was a coke smoking prostitute. She has two children with two of her clients, so Piper never knew who her farther was. When she was twelve she left her mother, and ran away with her little sister Sophie.  From there she rented a hotel room and conned people into giving her money so that she can take a bus, or buy her mother a present that she was a few dollars short of. This was how she met Max. Max had the perfect life, wealthy job, and a loving life. Yet he was addicted to poker. In a business vacation to Las Vegas he managed to lose his job, wealth, and wife. He took Piper and Sophie in to his penthouse apartment, gave Sophie homeschooling, and taught Piper how to con. When she grew up, with kid needing a bus pass  con stopped working, Piper pretended to be a prostitute, get money from men and fake dead before she had to do anything. Piper and Sophie were not the only one he rescued. Together they had become a team (Piper, Mars, Kim, Rob and Jesse), a family of con artists with Max being there farther. When Sophie was kidnapped by the Las Vague mafia, it was up to Piper and her team to get her back by paying the multi-million dollar price.

This was Jason Mosberg debut novel and was it a stunner! The story line is different as it was darker than most young adult books. The story was about Piper a seventeen year old girl who pretends to be a high class escort, and con them for their money. Her sister gets kidnapped and it is up to Piper to get her back. I liked the part of them trying to get the money after their first plan did not work. I did not like however how the whole Ladislav issue. I felt like the author could have expanded on him a bit more, as it seems liked a fill in plot, giving extra drama where it was not needed. The story line was filling, with some extremely shocking twists. There was even a bit of romance in there between Piper and Jesse. The writing was good and overall a great read. 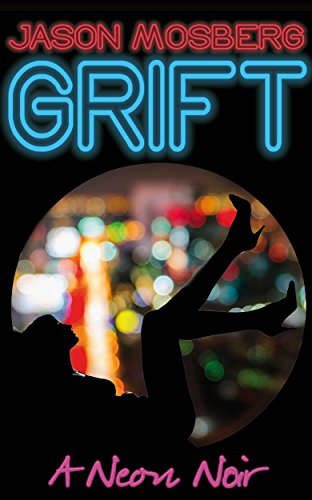 Like to thank the author for the recomendation to read this!