Destined (House of Night #9) by P.C. Cast and Kristin Cast

Zoey is once again off on a new mission to save the world from darkness. With the loss of Heath is still fresh in Zoey’s, she and Stark move forward in their relationship (yes a lot more sex), but can she so easily forget about Heath? The book dives deep into the whole darkness doesn't mean evil, light doesn't mean good, which Nyx told Zoey earlier in the series. Tensions build as the series builds up to the final battle between Zoey and the Queen Tsi Sgili.

Zoey loves Stark, and he loves her too. Finally there is only one boy who’s having Zoey’s heart and attention.  Yet Heath is on her mind, as little details, seem to make Zoey feel his loss fresh again.  That is not the loss that is haunting her. It is her mother’s as Nyx showed Zoey that she died. Zoey not wanting to believe her “dream” was true; she looked inside herself and realize that it was indeed true. Zoeey  and grandmother must grieve over the loss of Zoey’s mother, who was taken by the darkness.  Steive Rae wants to be there for Zoey, but her mind is more occupied by trying to keep Raphaim from death, or even worse, going back to his father. The nerd heard is falling apart as Zoey keeps losing everyone; Steive Rae puts Raphaim above all, Damien is getting over the loss of Jack, and the twins are about to face their biggest fight yet. Zoey is trying not to lose herself again, nor any of her friends.

This is probably one of the longest series I have ever read as P.C Cast and her daughter are nine books in (nine!) out of twelve. It’s so long that nothing happens between books to book, so I’m having a hard time writing theses reviews. What you could do is combing book 1-4, 5-8, 9-12 together and it’s a trilogy! In this nothing happens except Zoey deals with the death of her mother. That was the entire plot of the book. 325 pages of Zoey doing a simple spells to see how her mother die. Also the twin’s fighting? No, just plain no. We are 75% through the series you can’t bring their issues back in after the last time Zoey had a good conversation with them was in book four. This book is divided by each capture taken from a different point-of-view.  Which is a habit a lot of books are taken, and this one morph into but I don’t like it. Zoey is your main character, so you should stick to Zoey’s point-of-view and her story. I’ll losing faith in this series, but I am still reading on, determined to see the major battle through. 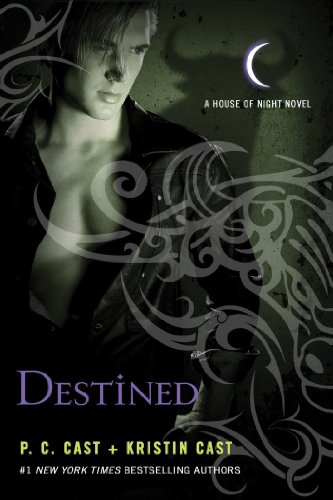