Summer love is magical. Weather it is real or not, something about spending the summer nights by the beach with someone you just met is a girls dream. Where swim suites, tan, long hair in the wind, a guy, no school, and days upon days of nothing to do, that is what summer is truly about. Where most summer loved end with broken hearts, other lives on and go from cuddle on the beach, to sleeping by the fire.

Halley and Scarlett have been friends since the day she moved to their tiny town.  Only living across the street from each other they had fun playing in the yard, baking cookies, even having a secret code through their windows.  It was always just the two of them. Not until the summer after completing freshman year did it change. Michael Sherwood, the schools most popular eye candy, fell for Scarlet as they both worked together at the local supermarket, along with Halley. It went from Halley and Scarlett to Scarlett and Michael, oh and Halley too! Halley was jealousy of her friend, but proud that she finally found someone who loved her. All was fine as summer was coming to an end Scarlett and Michael were planning on making their big début as a couple for start of term in September. Until the night Halley gets a call from Scarlett (she was away at a camp) saying that Michael was killed in motorcycle crash just earlier that day. The death of her love, Scarlett turned to Halley for confront and love. Scarlett needs Halley now more than ever, especially after she tells her what she a Michael did the night before he died.

Halley and her mother are best friends. They are the type to go out for breakfast in the mornings, watch movies every Friday night, and get their picture taken in matching t-shirts. It was the end of the freshmen year that things started to change. Her mother started controlling Halley’s life more. As Halley now free from school with a job, she did not want to stay at home with mom, but be off with Scarlett and Michael. It was at Michael funeral where she met Macon Faulkner, one of Michael’s closets friends. As Halley tried to help Scarlett deal with her soon to be bundle of joy, it was Macon she turned to for advice. Macon in words a parent’s nightmare. With his bad reap, reckless driving, always “out” with “friends” till the early hours in the morning, Halley’s mom had a fit when she heard who her daughters “friend” was.  Halley neat and ordinary life was drawn to Macon and his wildness. Soon Halley was lying to her parents, and spends hours driving around town with Macon.  Once winter hit, Macon revealed to Halley what he really wanted, something Halley was not willing to give up. Will she be able to bend over for Macon, or stay strong with the possibility of losing him?

Sarah Dessen knows her way to a teenage girl’s heart. The best friend problem, the pushy boyfriend, and the not understanding parents are what sums up Halley’s life. Even adding a little family problem with the forever aging grandmother. Honestly where Halley was kind of dry, the book made up with it for secondary characters. With Scarlett and her spice, Michael who was spoken about in hushes whispers, even Scarlett’s mother medieval boyfriend gave me some laughs. The book main focuses was sex. As if you paid attention to this review you might have notice that the night before Michael’s death him and Scarlett “did it”. Because of that Scarlett is now the mother to his child that she must carry around for the next nine months. Halley has to be there and support Scarlett as she decided whether or not to keep the baby. Which is why Macon’s pushing sets Halley on edge. This is normal for what teenage girls has to experience through high school. The issue is during this book Halley turned sixteen. Sixteen, and she’s already having a boyfriend who wants sex. If this book was when Halley was older (17 or 18 still in high school) it would be okay talking about teenage pregnancy. Yet she’s not she’s 15 (and for the other half of the book 16), she can’t drive a car, never drank, basically still a freshman and is planning on sex. Maybe I’m just naïve, or thinks sex is gross but a barley sophomore should not be having sex. Even thinking about it as her best friend is pregnant and prepared to give up her future for a baby. Halley loves Macon, even if he is bad for her. The question she must decide before she agrees to anything is this: Does he love me? If yes, why hasn't he said it yet? 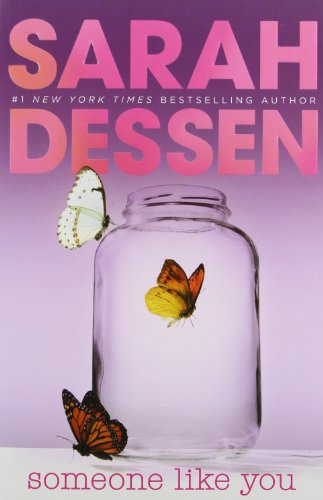