At their most primal, most basic core, human beings are naturally savage creatures. Societal standards can polish and assimilate people into a more controlled, well-mannered demeanor, but when the shackles of culture and community are lifted, the beastly, instinctual side of humans comes to light. Keeping this in mind, what if an entire group of people found themselves liberated of their societal chains? What if they had no agenda to adjourn to, or schedule to keep track of? And what if they weren't even in their teenage years yet, still adorned by the sheath of childhood?

William Golding sought to explore these questions in his classic novel Lord of the Flies, which is hailed today as a masterful tale of human savagery drenched in countless layers of symbolism. In it, a group of young British schoolboys find themselves stranded on an island after their plane crashes, completely devoid of any outside help or assistance. Every mature person that was aboard the flight was killed during the crash, leaving the children with no adult wisdom to guide them through their stay on the island. And though they may get along fine enough at first, it becomes obvious that the longer the kids are isolated, the more primal and instinctual they become.

Golding's depiction of the children's regression is portrayed exceptionally well. When the reader first opens up the book, the boys are meager and timid, still caught up in the harsh reality of the crash. By the middle, they're hunting down animals on the island for sport, and when the book reaches its final pages, the boys are full-blown savage, going so far as to harm one another just for amusement. The main cast of characters themselves are each interesting in their own right as well, with a boy named Ralph serving as the primary protagonist, and a choir kid named Jack taking the role of the antagonist. There are very few times the reader won't find themselves on the edge of their seat as Ralph desperately tries to cling to his humanity while Jack descends further into a personal, savage abyss.

One of Lord of the Flies' most universally praised aspects is its incredible exploration into symbolism. It's completely clear that Golding spent hours and hours carefully choosing how to structure each sentence, and the final product shows his meticulousness. When examined carefully, readers will find a plethora of hidden details and symbols, from the color of a certain conch shell representing a mixture of good and evil, to the crash site of the plane indicating an imperfection on the island as a whole. Even if all of the secret details are skipped over entirely, Lord of the Flies still manages to be entertaining in its own right, and will surely dazzle readers for years to come.

William Golding truly crafted a masterpiece that transcends the test of time when he wrote Lord of the Flies. Even today, over half a century later, the novel still serves as a testament to the power symbolism can hold in writing, as well as just how detailed and gripping it can be at the same time. The themes are deep and riveting, the characters are intriguing and complex, and the final product is something that far exceeds the sum of its parts. Simply put, Lord of the Flies is an experience every reader should undertake. 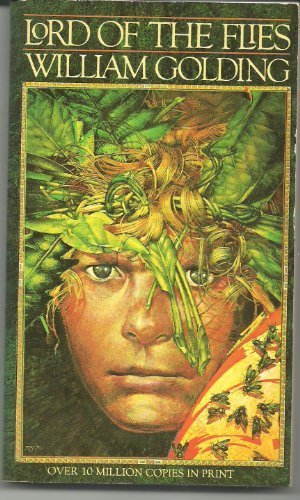