Untamed (House of Night #4) by P.C. Cast and Kristin Cast

The House of Night is more than just a school. It’s a school for vampires called vampyre, led by the High Priestess (a type of priest), but also the head of the school. In our House of Nights that person is Neferet. Zoey our main girl in this series is the next High Priestess in training. Zoey is also special as she has to power of all five elements, and came summon them at command.  Yet being so powerful, Zoey have learned of things, which no teenage girl should know. Even though Zoey pretty much trashed her life at the end of the third book, she stays strong and continues on in this new solo world.

Zoey lies finally caught up to her and now she has no friends, and not even one boyfriend! Worst or the greatest is that the only person who will talk to her is Aphrodite, the spoiled rich girl who is stunning to look at.  Yet Zoey and Aphrodite have a few things to figure out by themselves, like the whole Stevie Ray situation, Aphrodite who is now human, and because she is human can Aphrodite still be connected to the earth. With a quick visit from their goddess Nyx, their paths for the future have become clear. Now with a clear head, Zoey has one mission: get her friends back. But how can you talk to the cold shoulder, and make them see reason for why Zoey had to lie about everything. Strangely it was Aphrodite’s sharp tough that got them to listen.  Yet friends are not Zoey’s only problem. Her ex-boyfriend Erik is back as a teacher. Realizing that he is the one she loved, how can she make him see that giving her virginity to Loren was a mistake? One that caused her dearly.  With all that, let’s add a bit of darkness which reviles the true plot of the series that Neferet planted in book one.

P.C Cast and her daughter Kristin did another good job in this fourth book. It was a little dry, but a manageable read for being the fourth book. I’m getting the feeling that the plot is either going to be thickening quite a bit, or stretched out over the remaining eight books.  Other than that the book was fine, not something too spectacular, but I believe that if you are/have read this book then no matter how bad/boring this book is you will continue the series. I did love how they brought in the new character and Erik back. Zoey does have a problem of falling for more than one guy.  I will continue to read the series for I am eager to see what turns it will take. 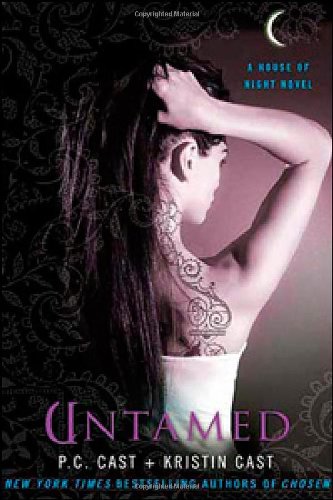 The sieries it at it mid point, will it rock or will it flop?