The Giver by Lois Lowry

In the future the human race will develop into a simpler society. In this society everyone lives in community, in a certain area. That area has no snow, rain, fog, mud slides, nothing beside clear skies and sunny days, under perfect green grass. Every family consisted of a mother, father, a boy and a girl.  A family can get a second child any time they want, but no family was allowed to get a third child. Each day meals were delivered to the doorstep to each house, and taken away at the end of the day so that no family would go hungry or hoard the food. At age twelve the council of elders would assign that child his/hers job for the rest of their life. They would continue school for a few more years, while learning their job on the side. Once the child finishes school, he/she will go into the job full time. At that time they can apply for a spouse and apply for children with that spouse. Once they are an elder they go to the “House of Old” And wait until they day they are released into Elsewhere, and never return to the community. Sounds like a simple life? For everyone it is. Everyone except The Receiver.

Jonas is at age eleven. He waits until December, which held the two day ceremony.  Each year the age groups of children get to move up until they hit the last age stage of twelve. The girls must wear hair ribbons until age nine, at age seven you will revive a jacket with front facing buttons, at age eight you can start volunteering, and at nine you get your very own bike. Yet it was year twelve that everyone looks forward to, the year you find out what job you will get or the rest of your life. Would you get to be a birth mother? A leader of another age group? Or even a pilot?  Jonas being Eleven-nineteen (he was the nineteenth baby born that year) waited in the auditorium to be called up. When he did, he learns that he had been selected for the job of The Receiver. The Receiver job was to know the truth, about everything in the world, and the past. It was The Receiver’s job to know about the pain and suffering that use to cover the world. Jonas learns about starving, death, pain, and wars. Yet he has also learnt things like sun, snow, sledding, rainbows all the beautiful things that use to be in the world. Soon Jonas and the old Receiver who is now known as The Giver learn a dark secret about the community, and what truly goes on in the release processes. Jonas has to choose between living in pain knowing what is going on, or to run away, into the unknown.

This book has made shock waves in the world. Winning the John Newbery Medal, plus countless of other awards this 1993 book has become a true classic.  Lois Lowry captures what a perfect society would look like, and twisted it into a perfect shell, with an evil inside. Although her writing may be boring, and the book a tad predictable, the whole concept is amazing. A society where everything is provided to you, but you cannot see colors of hearing music. The color part was what truly got me. How can you train a human to see in black and white. For them never to know the difference between a yellow shirt, and an orange shirt. To never know the deep red of an apple, or the bright blue of the sky. This book also comes to the big screen on August 15, 2014 with Brenton Thwaites playing Jonas.  This is an amazing book, which everyone must read. For although Jonas believe his world is perfect, we all know that “perfect” is not in human nature. 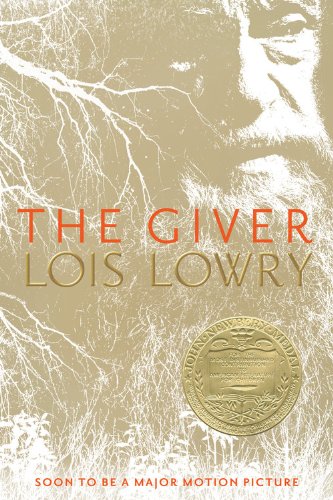 Boring at points but an amazing society concept.