When It Happens by Susane Colasanti | Teen Ink

When It Happens by Susane Colasanti

Everyone has grade 12 wishes. That time when it is your final year and you have one thing in mind, or several. For some it is to get into their number one university choice. Others it is to do better, become popular when it still matter, or just to find love. Sara and her two best friends: Maggie and Laila, declared to each other what their wish is. For Maggie it is to be smarter, Laila just wants to be valedictorian, Sara is out to find her true love. Will she find it? Or something she desperately wants to be real.

Sara spends most of the summer waiting for Dave to call. Dave, popular basketball player who asks for her number at the last day of school. But the whole summer went by without one sing call, what does that mean? Apparently nothing as the first day back Dave comes sit with Sara instead of his friends at the popular table. Soon they are an item and are moving fast. When they start heading in a direction Sara does not want to take, another guy swoops in and sweeps her off her feet. But before she can have her happily ever after she has to deal with Dave. Does she love him, or does she just wish she could become her Mr. Perfect. Sara has to choose between Mr. Popular and Mr. Unlikely, but in the end it is no surprise who she picks.

Tobey’s school grades have never been promising. He aces ever test, but never passes in home work and maintains a C average. University was nothing he ever wanted to attend, and boycotted the whole idea since freshman year. Instead he spends his time perfecting his band he started up with best friends: Mike and Josh. Girls? Not his thing as there always been one girl he been having dreams of as it seems forever. Beautiful, brilliant Sara.  Too bad for Tobey he’s not her type. What could be even worse? Sara gets with Dave, someone who Tobey cannot stand.  Where he might be Mr. Unlikely he could soon be turned into Mr. Perfect, if only Sara would dump that loser and see the real him.

Susane Colasanti is an author of many teenage girl books.  In this she takes her story from the point of view of both Sara and Tobey. To tell she switched people she uses different chapters and different writing founts. Each time she either move on in the story or repeat the even in the other’s point of view. Surprisingly, it was not hard to follow and it was easy to switch between characters.  The story itself was a little dry. It was 100% a love story, sure there was a little family drama and friends, but not much time was spent with them. It was mainly Sara and her love life 99.99% of the time. The story did have a happy but predictable ending that I loved. Overall it was not a bad book, but not one to reread. 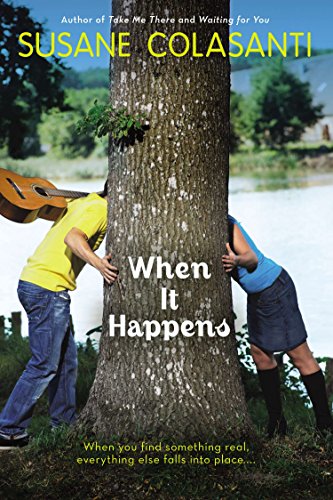