The Kill Order by James Dashner

THHRe: The Kill Order
#0.5 in the Maze Runner Series

After a seventh grade of watching people hug green-coated books with Dashner on them, I decided to check out the Maze Runner Trilogy. Following is my review of the prequel to the series, “The Kill Order.”

This book takes you back before WICKED, before the Maze, before the Trials, and before Thomas. Mark and Trina are generation victims of the sun flares that ravaged the earth, and the desperate attempt by mankind to lessen the damage—a population control disease. The result is the monstrous Flare, an agent that renders its victim into slow, inevitable primal savagery.
Will the two and their friends survive amidst the chaos? And is any of it even worth surviving?
Admittedly, I thought this book was a bit bloody, but it held the details and back story worth giving a try. The setup was interesting, and the Q’s you might’ve had about the Flare are given a new light. The plot was driven, writing clear and concise.
However, I was grumped finding Trina and Teresa were virtually generically interchangeable; Mark and Thomas had the sensation of the switched-at-birth déjà vu as well. And in my point of view, the book was slightly too male-character-driven (ironic to the fact I didn’t complain about that in the first book in the series, “The Maze Runner,” to which this pales in comparison).
“The Kill Order,” in conclusion, is certainly an interesting prequel. Especially for those with some extra Q’s of the Flare, and for those in the mood to see how the WICKED’s Maze came to be. 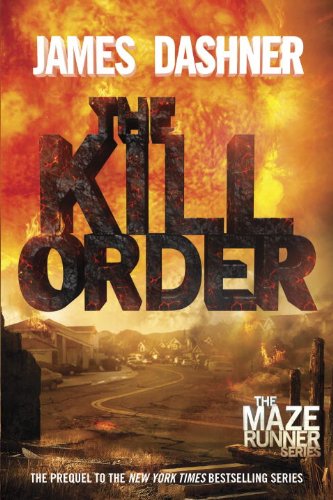