Only the Good Spy Young (Gallagher Girls, #4) by Ally Carter

The Circle wants her. But for what reason? No one seems to know the answer. Nowhere is safe for Cammie “The Chameleon”, not even she can hide. Yet why is the question Cammie is always asking herself is “Why do they want her? Why do they want her alive?” Cammie and her roommate’s junior year are going to be anything but quite as they embark on one of the greatest missions of their lives.

It all starts in London. In the end of book three it had Cammie going off to spend winter break with Bex and her family. A nice quite uneventful winter break right? Wrong. You think Cammie would get used to be betrayed, but this one hurt. When a terrifying encounter with someone who was her most-trusted ally is actually a rogue double-agent, Cammie loses trust in pretty much everyone. Back at school classes became more of a background noise to her. All sounds being muted to the truth. The truth behind her connection to the circle, and the killer of her father. As her betrayer gives her a note saying all will be answered if she got access the triggered-to-explode sublevel two. Zach is also involved in this book, as it gives off a secret of his past that affects Cammie in a big way. Cammie, Bex, Macey, Zach and Liz have to be prepared to lie, steal, hack, spy and risk their lives to find out the truth and the key to Cammie’s future is hidden deep in the past.

Ally Carter has made a major twist in this fourth installment of the Gallagher Girls series. As book four of six you know that the final battle is coming close, you just have to hope that Cammie would be ready. The writing in this book is still common, and a little dry in places, which is considered normal as it is part of the middle of the series. The ending was a startle as Cammie makes one of her more rash decisions, but will be a great lead off for book five. The betrayal was the most startling I found in this book. It made so much sense, but oh did it hurt! Cammie’s father was deeper than she ever thought with the circle. But the question that Cammie cannot let go of. Was she right? Was her father still alive, even though everyone (including her mom) thought he was dead? 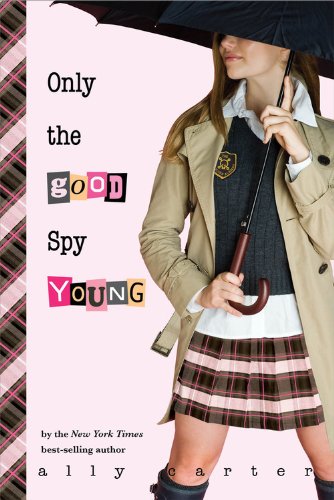 
Buy from Amazon
The author's comments:
A spy life is more twisted then we have all thought. How can you live when you don't trust your family and their friends?
Post a comment
Submit your own