Mexican Whiteboy is a fantastic book for teens. It involves many of the problems we as teenagers encounter. Mexican Whiteboy’s main character, Danny Alverez, is a 16 year old who stands out. He is very tall with long arms and half Mexican half White. Danny’s parents are divorced, he self harms, and he feels either dark, at his prep school in San Diego, or light, at his cousins house in Nation City.

Matt de la Peña has done something truly amazing in this work of literature. He has combined several elements including, fantastic foreshadowing, a great ending to the book you don't want to finish, and to top it off he adds in problems teenagers face in their world today. The way the antagonist is protagonist is truly great. Danny is both! It is something I would imagine to be extremely hard to accomplish.

When I started reading this book I was hooked right in! He starts off the book in a scene that is like the new-guy-in-town sort of way. He goes off to live with his cousin. His cousin is full Mexican along with everyone else on the cul-de-sac, that is except Uno, who is half black, half Mexican. This story is about Danny and Uno. Two best friends trying to accomplish something together. But this book won’t end like you think it will. 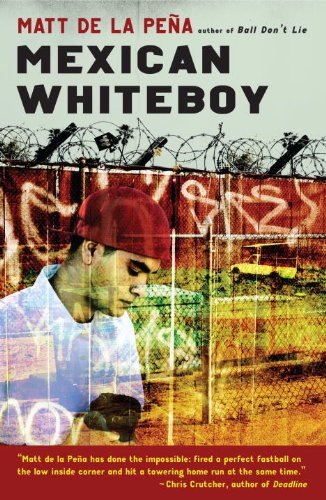