Every little girl’s dream of one day becomes a princess. This dream comes to a reality for flat-chested 5 foot 9 freshmen Mia Thermopolis. When Mia discovers her father is prince of Genovia, her whole world flips. Soon she is no longer Mia Thermopolis but Princess Amelia Mignonette Grimaldi Thermopolis Renaldo of Genovia.

Mia is your typical freshmen (grade 9). She’s more passive than others, and is always complain about her height and flat chess. Her best friend bossy Lilly, who owns her own local television show called “Lilly Tell it likes it is”. Other than that her life is pretty ordinary. She’s only a few weeks into the school year and she’s already flailing algebra. With her heart throbbing for any guy to notice her (especially the hottest guy at school Josh). Yet once the information came about being a princess; Mia realize how unstable her life became. With princess lessons after school every day with her grandmother, and a bodyguard following her everywhere, Mia becomes the school freak. Fighting with Lilly, trying to hide her heritage, and Josh finally noticing? Mia has it in for herself this semester.

Meg’s writing is a little hard to believe at time. Because it is written in diary type style you are supposed to believe that during class, during the event, and in the car she is writing what you’re reading. This makes it hard to read for it is all in past tense. She’s sitting in the restaurant washroom writing about the trip over. This is not only hard to believe, but it also shows how much Mia pays attention if hours later she can record every little detail that happens. In 2001 the book been made into the movie with Anne Hathaway as Mia. The first book in a ten book series, it is a great start. With all the drama in this book, I hope the plot does not get stale. Mia still has to get in her head that she is no longer Mia Thermopolis but Princess Amelia Mignonette Grimaldi Thermopolis Renaldo of Genovia. 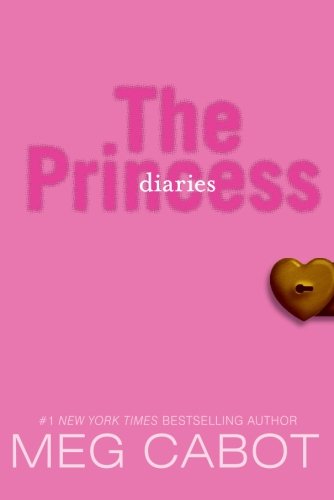 
Buy from Amazon
The author's comments:
A true magical twits for an unsuspecting girl.
Post a comment
Submit your own