Cross My Heart and Hope to Spy (Gallagher Girls, #2) by Ally Carter

Cammie is back for a whole new semester at Gallagher Academy. After breaking up with Josh and spending an uneventful winter break with Bex, Cammie is excited to get back to normal. Promising her mother that she is going to go trouble free and be herself for now all. But dear Cammie you should not make promises you cannot possibly keep. Cammie gets her head and hearts in knots when a new batch of students arrives at the Academy and are the wrong gender.

Boys in the hallways. Boys in classes. Boys in the grand hall. Boys in the sublevel classes. Boys everywhere. With Cammie being the only girl at the Academy (besides Macey maybe) with any ‘boy’ experience; let’s say the other girls freak out (especially Tina). Yet there one boy that keeps catching Cammie’s eye. His name is Zach. Could Zach fill the hole in Cammie’s heart which she forced Josh to leave? Where she lied to Josh about her past, Zach already knows the truth. Yet Zach lie, hides, for he’s a trained spy where Josh was just a boy. Macey told her it was okay if she liked Zach, but is it? Josh loved her, but for her lies. Zach though, confuses her by pushing her away but then pulling her back. Could she like him?

This is the second book out of six in the Gallagher Girls series. I loved how this book picks up right after the last one ended. I was surprise the girls did not realized there was a boy spy school. How did you think your fathers and other males got into the business? Surly they do not train girls from grade seven up and just picked random guys off the street. I thought it was splendid how she incorporated Josh and DeeDee into the story even though she did not have too. Zach is also a fine character she made. The girls go on another mission knowing that the boys are not as they seem. Read on and enjoy the spy world and what happens inside the rich delinquent school know as Gallagher Academy. 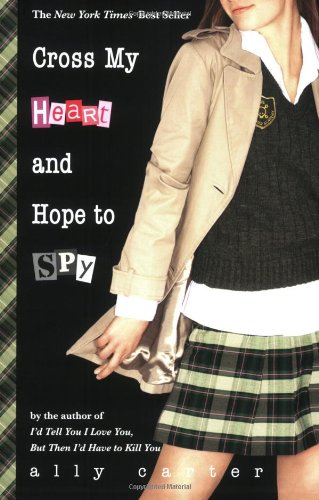 Favorite Quote:
"Can't keep my eyes from the circling sky,
Tongue-tied and twisted
Just an earth-bound misfit, I"
~Pink Floyd

"Now is blessed
The rest
remembered "

View profile
Thanks for reviewing this book. This book is like one of my top favorite books. I love it. You reviewed it fabulously. :)