Ghost in the Wires by Kevin Mitnick and William L. Simon | Teen Ink

Ghost in the Wires by Kevin Mitnick and William L. Simon

Favorite Quote:
"Shoot for the moon and even if you miss you will land among the stars" -Les Brown

We live in a world where sneaking on your friends phone and posting a picture to their Instagram is considered hacking, but the book Ghost in the Wires by Kevin Mitnick and William L. Simon tells the story of a real hacker and his life on the run from the FBI. This book is packed with tons of exciting hacks, raids, and sneaky actions that keep you on the edge of your seat! The story begins as 11 year old Kevin Mitnick tricks a city bus driver into giving him information about the payment punch cards that eventually leads to Kevin figuring out how to ride the city buses for free. I thought this sneaky action was really exciting because it shows that if you are good at communicating with people it can really bring you to do interesting (and sometimes illegal) things. Growing up in life he pulled off hacks that made the bus trick look like child’s play. A part of the book that was really exciting was when he and his friend were in a university computer lab and hacked into the database to access all of the systems passwords, but right as they thought they were in the clear, 3 cops stormed the lab and brought Kevin to a holding cell. At his court hearing he was sentenced to 3 years and 8 months in juvenile prison, the maximum sentence. I thought this was exciting because there are so many questions in your head like, “After he was arrested did the cops find all of the illegal printouts in his trunk?” There are so many exciting hacks and raids but if I could only pick one I would pick his Houdini hack. After a semi-successful hack, Kevin’s apartment was raided by FBI special agent Clark Kent and his team. He knew it was time to leave the state so he packed up his belongings and went on the run. By getting a job at a state office, he was able to forge a fake identity under the name Erik Weisz, better known as Harry Houdini. Under this alias and on the run he still hacked many phone providers successfully and it was exciting thinking about what he could pull off next. This book is a must read for anyone who enjoys excitement, but especially for those into computers and programming, so go experience life on the run with Kevin Mitnick for an adventure that will keep you hooked! 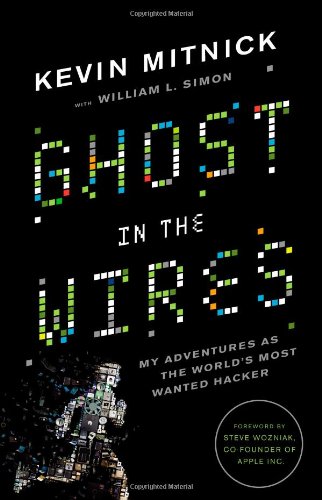 
Buy from Amazon
The author's comments:
I am big into computers and I wanted to get this amazing book out there! Some of the vents are seriously so unbelievable you wouldn't believe they worked.
Post a comment
Submit your own