Sophie Mercer has been through a lot in a year. To finding herself at age twelve a witch, she is then at age sixteen she finds herself at Hex Halls a reformatory school for prodigium (witches, shifters, fairies, vampires, you get the picture). From there she befriends the school outcast, a vampire named Jenna, falls in love with hot boy Archer who work for The Eye (a group that kilts people like her), and top it off bethros to powerful white witch Cal who is also super-hot. Topping it off again Sophie finds out that she is not a dark witch but a demon, who could one day “demon out” killing everyone she loves. Set on getting her powers remove Sophie spends the summer at Thrones Abbey with her dad learning how cool it is to be a demon. At the end of book two Sophie is escaping a burning Thrones Abbey that holds all her love one inside (and because Cal told her to) is going to the Brannicks, an ancient female clan that has been at war with the Prodigium. Sounds like a safe place for our little demon don’t you think?

*SPOILERS will happen in this section, yet only minor ones that you will have known within the first three chapters of the book. Please skip down to the last paragraph if you do not want any spoilers.*

The book starts off with a twist that changes everything. Why would it be safe for her to go with the Brannicks, surely Cal knew that they would kill her instantly? Even if she was powerless. Yet they would not if her mother was one of them. Yes ladies and gents her mother is a Brannicks a red headed female descendent from a white which all sent out to destroy all prodigium. That is everyone except her daughter, her daughter friends/class mates/ family, and anyone her daughter might know. Yet Grace’s history with her family is a sad story of her mother being the outcast run away. Part one of the book is dedicated to her Cal, Archer, Jenna, her dad and the Brannicks clan figuring out how to stop the evil Casnoffs.

In part two of the book; their planning is cut short by some magical portal that transported all Hex Hall’s students (including our four) back to Hex Hall for another semester, with both Casnoffs being headmistress. As you might have guessed not all the students were happy. Yet it only takes one student to leave, that made the rest want to stay, *insert evil music*. Also they are not pleased about Archer being there either (I wonder why…). Stuck back at the school Sophie made the best of it by trying to find out what happens at Hex Halls and how can she possibly stop the Casnoffs and get her powers back.

As you guessed part three is where Sophie, Archer, Jenna and Cal figure out a plan. With the help of the Brannicks the plan is put into action. The final battle is a great one, full of fights, blood, and sacrifice. A death happens that will make you cry your poor little heart out, yet swoon as everything about it fits into place. The battle scene takes place at where it all starter Sophie’s school then prison and finally ends at a sort-of home.

Rachel Hawkins had exposed us to the beauties of the magical world in this trilogy. As I have not approved at some of her ‘twists’ in it but it is still a beautiful trilogy. One that should be made into a movie *hint* *hint*. I highly recommend every teenage girl out there to give the Hex Halls trilogy a go. For it is one that is truly a kind. 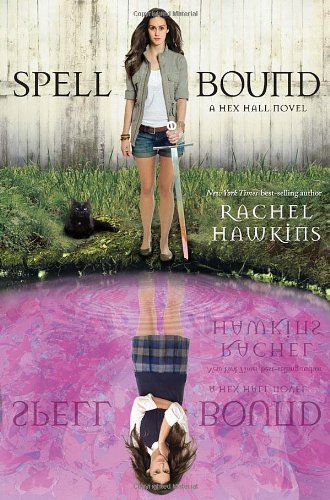 
Buy from Amazon
The author's comments:
Although this book made me mad at some parts, it was the perfect ending for this series!
Post a comment
Submit your own