The Circle by Dave Eggers

The Circle by Dave Eggers is a novel that details the transition that Mae Holland incurs as an employee at an influential company called the Circle. Eggers is able to use Mae’s story as a social commentary on the pervasiveness of technology and social media.

From the beginning, Mae is thrust into a hectic position that slowly transforms her personality throughout the three “books” which are indicative of different stages she goes through. Although it is in third person, Eggers is able to convey to the reader Mae’s thoughts and ideals which is important as the technology is increasingly invasive in her life. She goes from one computer screen to nine in a matter of months as her responsibilities to her work and social media stack up. Eggers is able to make the readers feel the stress that Mae does, often causing them to be concerned for her and her actions throughout the novel.

Mae becomes a highly revered person in the company as she goes “transparent” by wearing a video camera necklace that has a live feed open to the public. This introduces her belief that if all information were public then everyone would have better lives, ones without the problems created by any form of secrecy. She even poses the idea of mandatory voting through the Circle, which is well received by the leaders of the company.

This novel causes the reader to reconsider the power that society gives to technology and social media, especially that it takes away from any personal relationships. An ex-boyfriend of Mae’s, Mercer, is used to contrast her transforming personality as he runs his company the “old-fashioned” way and works to have conversations with her while she focuses on her social media feed.

While the book does have mature language and content, it would likely encourage high school students to gain a new perspective on the influence that technology has on their lives. Eggers does a sufficient job to show the reader what extremes may be reached someday if society continues without caution. 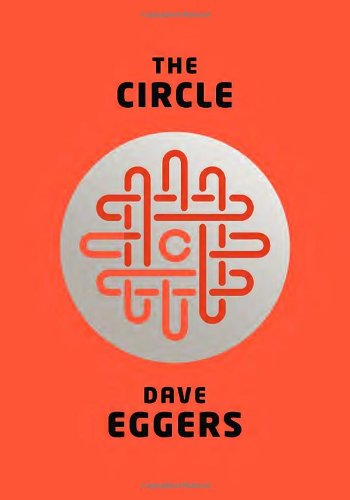