Neil Gaiman’s American Gods is an epic tale of modern and traditional gods vying to eliminate one another in an effort to gain more believers.
The novel is very entertaining in its own way. Think Stephen King’s The Stand and cultural folklore mixed together and you get this story. It alludes to the fact that our modern society has abandoned its traditional beliefs and relies more on technology to get through the day. All the characters have interesting qualities that we can relate to, yet there are some magical characteristics we will never understand. We have the new gods (who represent the mass media, Internet, etc) and the older, more traditional gods (Odin, Anansi, Anubis, etc). Gaiman’s craft is unmatched when describing these characters and makes the novel seem more like a grown up version of Percy Jackson and the Olympians.
Overall, American Gods has many things to offer. It has an adventurous plot, fun characters, and a lesson in history and modern day society. Beware though, the book does have a fair amount of swearing as well as some raunchy scenes. Despite this, maybe this novel will enhance your belief in the gods. 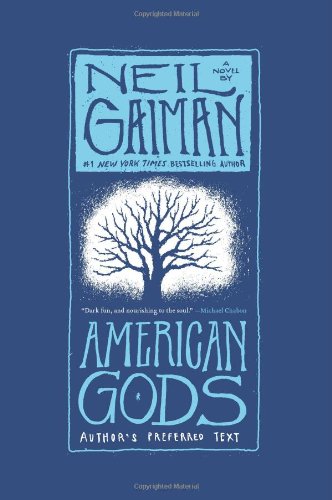 Leith Ghani said...
on Apr. 27 2015 at 12:02 pm
Leith Ghani, Scottsdale, Arizona
0 articles 0 photos 1 comment
View profile
Neil Gaiman’s American Gods is a fantastic adventure that readers will thoroughly enjoy. In spite of the length of the novel—600+pages—I could not put it down. Gaiman describes each scene and character with such astonishing detail. Gaiman has truly mastered his art. He has mastered the ability to make a story come to life by using descriptive detail. His characters are instantly flesh and bone. Every character that enters the plot of the novel is meticulously described “Hey," said Shadow. "Huginn or Muninn, or whoever you are." The bird turned, head tipped, suspiciously, on one side, and it stared at him with bright eyes.” (Gaiman). He depicts vivid images that call to the reader’s senses by using literary devices. Much like the nation America, American Gods has a numerous amount of side roads in which the reader can get confused or frustrated but Gaiman’s creative, skillful, and imaginative writing makes up for the annoyance these side stories cause. While the main parts of the novel where all covered up and all the lose ends where connected, Gaiman includes a couple of side stories in the novel that do not have much connection or any connection to the overall story. Although these short stories added to the novels entertainment and kept the readers interested in the story, they did not provide any substance to then overall plot of the story. For a reader who enjoys a solid conclusion to their book, American Gods will leave you hanging with a few things to question. For the most part readers are left satisfied, with only a couple minor characters being left behind for the reader’s imagination.