Yen Mah has brilliantly recreated her painful childhood memories living in her siblings' shadows in China. Throughout her childhood, Adeline suffered her father and siblings' wrath after her mother passed, following her birth. When her father remarried a half Chinese, half french woman, life only got harder. Her stepmother showed nothing but hatred and disdain towards her, and favored her children over the stepchildren, which included poor Adeline. Adeline wasn't even her given name: It was assigned to her by her stepmother because it was “better”, and sounded western and modern in comparison to her Chinese name. Adeline was continually abused and ignored, even when she accomplished huge achievements in her school work and won some of the most prestigious awards. Most days, she was forgotten, and went unnoticed by her family and friends, though she did nothing wrong to deserve the unfair treatment.
This wonderful, action packed memoir shows us how to endure through hardships, even when all odds are against us. For Adeline, the world was against her.
Though this book was saddening, at times, to read, I would recommend this book for all young adults. Chinese history and tradition is slipped in throughout the book here and there to give us an idea and picture as to what China looked like in the twentieth century.
I believe that everyone should hear the true story of this Chinese Cinderella. 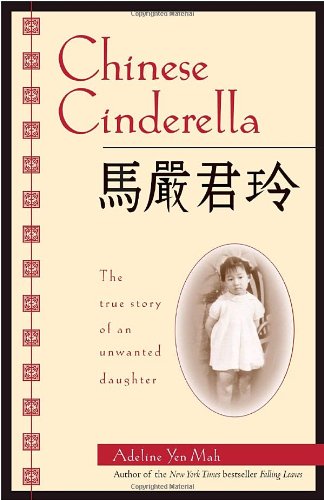