Shakespeare’s Romeo and Juliet is not just a lie, but a cover up in an attempt for one Romeo Montague’s personal gain. He was promised immortality if and only if he murdered the person who trusted him most: his new wife, Juliet of the Capulets. But what Romeo didn’t foresee was that Juliet would also be granted immortality. After her death, she became an agent for the Ambassadors of Light and for seven hundred years, she struggled to shelter romantic love and the lives of the innocent. But now Juliet has found a forbidden love of her own and Romeo, who has been fighting to break the human heart, will do everything in his power to destroy their happiness.

Stacey Jay’s Juliet Immortal reads like it is: the first novel in a series. Much like those in Stephenie Meyer’s Twilight, the likely cast of teenage characters troll the pages of the novel, insipidly navigating the predictable plot-twists. Although the solutions to their problems may at times seem, bland, those looking for a quick and easy read will appreciate the novel’s simplicity. Readers familiar with the original Romeo and Juliet will enjoy the Shakespearian references mixed into a modern-day setting. The abundance of problems that the characters face at the cliff-hanger ending certainly lead the outline for what is to come in the books to follow. 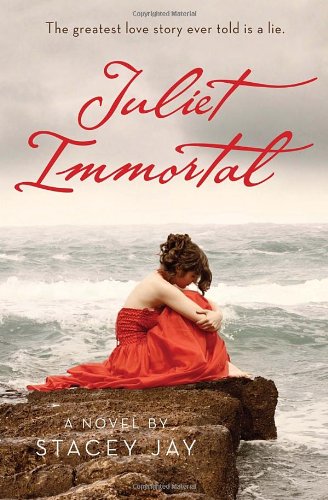